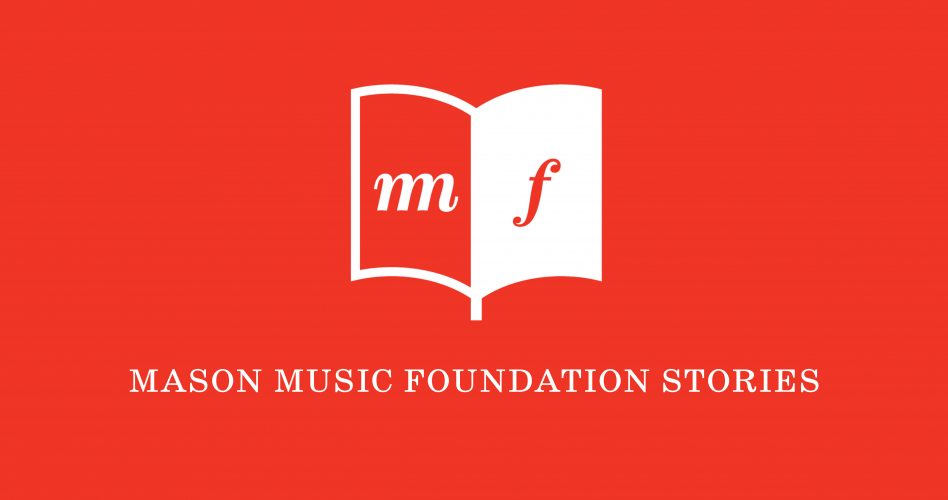 The Magic City’s Resilience: Local Artists Push Through The Pandemic

Music has been a lifelong passion for Chadwick McDowell, and although music education was an unexpected path for him, a deep care for his students at the Mason Music Foundation forms the basis of his teaching philosophy and process.

“It has that influence of ‘I get to do what I love, and I want to show you why it’s what I love by helping you achieve whatever goals you want to meet with these lessons,’” said Chadwick.

Born in Atlanta, Georgia, Chadwick traversed the state throughout his childhood, living in Athens, Watkinsville, and Albany before moving to Birmingham 12-13 years ago. He took up piano at age 4, after sitting in his older brother’s piano lessons sparked his interest.

Chadwick continued his musical exploration throughout early adolescence, picking up both guitar and banjo from ages 10 to 12 before setting his sights on becoming a professional musician.

“I knew from a pretty young age,” said Chadwick. “I just didn’t want to do anything else.”

Chadwick continued his musical education by studying piano performance and composition at Samford University, taking coursework involving various instruments and starting progressive rock band Empire Springs with college friends. Chadwick worked in an administrative capacity at Apple after earning his degree but was dissatisfied, crediting a Metallica concert as his inspiration to pursue music with renewed vigor. 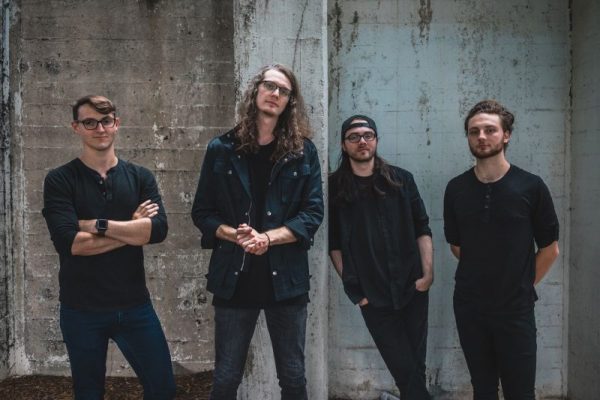 Empire Springs has released two EPs since 2017, with a full-length album to come. Find them at empirespringsmusic.com, on social media, and wherever you stream your music!

“That’s the concert that made me realize that I wasn’t going anywhere as a musician, said Chadwick. “Here’s my favorite band, they’re in their sixties, continuing to tour the world and playing music, and I’m stuck working at Apple. So I quit my job.”

After Chadwick’s rededication to full-time music, prior awareness and a visit to the Mason Music website led him to the Foundation in 2019, eventually coming to teach at the Woodlawn and Bluff Park studios, as well as coaching in Mason Music’s annual Rock Band League. He was initially uninterested in teaching and searching for positions similar to his previous job at Apple.

“I was like, ‘I hate teaching, I don’t know how I’m gonna do this,’ but something told me to apply anyways, and the then-manager at Bluff Park called me within an hour of turning in my application,” said Chadwick. “Then [we] got all that stuff taken care of, and I’ve just been here having fun ever since.”

Teaching at the Foundation was an unexpected divergence from the career path that Chadwick expected, but he cites the experience as igniting an unexpected love for teaching, despite his early inclinations to the contrary.

“I was always so adamant about not wanting to teach, not realizing that it would be one of my favorite things to do now,” said Chadwick. “I love it. There have been very few days where I even feel like it’s a job.”

As an instructor, Chadwick works with students both virtually and in-person from the Foundation’s space inside Desert Island Supply Company to teach solid foundational knowledge of musical technique and notation, culminating in reading standard-notation sheet music and playing and understanding scales. Chadwick conveys these concepts using self-made, pre-prepared educational materials.

“I want to make sure that I’m consistent in what I’m giving to all of my students, so I’ve made my own scale sheets that I send them, and I made my own practice sheets for whatever it is,” said Chadwick. “I made them myself, and I just keep them on my computer, so that if need be, here you go.”

As a representative of Mason Music’s philosophy that continual immersion in music can empower and change lives, Chadwick tries to engage and encourage his students in the learning process by going at each student’s pace and tempering his teaching with fun.

“I know what they need to do to become a decent musician to where they can do what they want to do, but I try to follow it more on ‘here’s the stuff that I have, you have to learn these,’ but also I try to gear it around what they want,” said Chadwick. “I don’t ever want to have my kids feel that feeling of being told ‘you can’t do it.’”

This teaching style stems from Chadwick’s outlook that children have a drive to learn that must be engaged regardless of background, an observation developed by teaching his students at Woodlawn and Bluff Park.

“I mean, [Woodlawn students] practice just much as my kids at Bluff Park will want to learn or practice-they work just as hard,” said Chadwick. “No matter where they’re coming from, they’re still people who have these desires to learn and grow, and in this case, these are kids who want to learn more about music.”

Since the studio’s Fall 2020 reopening inside Desert Island Supply Company, the Foundation’s teachers have adapted to obstacles posed by the COVID-19 pandemic, providing both virtual and socially distant in-person music lessons to roughly 30 students of all ages every Monday and Tuesday. According to Chadwick, the Foundation has successfully adapted to a socially distanced world and can prepare for a bright future.

“Thankfully, I think we’re at least in a better position now,” said Chadwick. “For the most part, we can have these lessons safely and as long as we’re being responsible about making sure that the environment is safe for the student, and the student is sure that they are safe coming into that environment. I think that we’re in a pretty good space right now for that.” 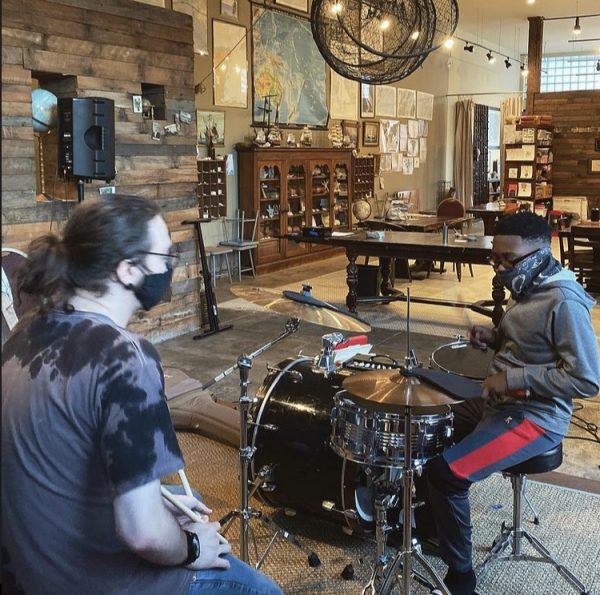 Chadwick with a percussion student, circa November 2020

Chadwick continues to sharpen his skills as a multi-instrumentalist by serving as pianist at Dawson Memorial Baptist Church, playing with Empire Springs, and practicing individually. According to him, teaching is the driving force for this musical development, and in turn, the practice maintains his credibility as an instructor.

Besides Metallica, Chadwick’s musical tastes further span from classical music from Romantic-era composers like Beethoven and Chopin to hard rock and metal acts like Underoath, Foo Fighters, Tesseract, and Northlane.