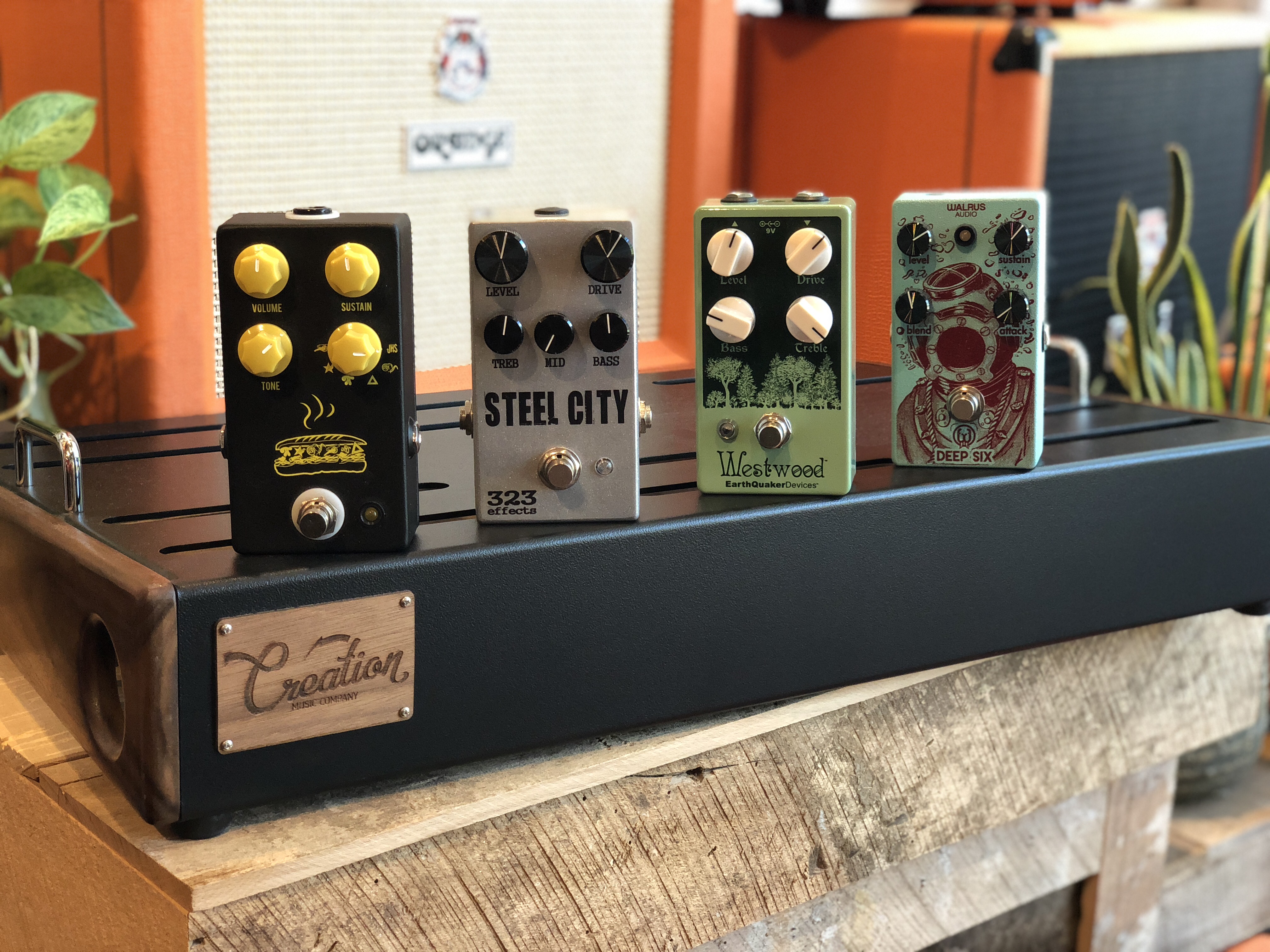 Pedal Flow Part I: Down and Dirty

Pedal Power Part II: The Quest for Funk and Crazy

Hello, pedal people! In this installment to the musical river that is Pedal Flow, I’ll be discussing a few of the wildest pedals you can put on your board. I speak, of course, of filter pedals. So just what are these pedals, and exactly how crazy can they be? To put it simply, these particular effects have defined entire genres of music, with anything from Hendrix and his signature wah opening on “Voodoo Child,” to Kirk Hammett blazing through a myriad of solos in Metallica … funk music just wouldn’t be the same without envelope filters. The sonic capabilities of that pedal help make the electronic music world go ‘round. They can sculpt your tone in ways you would have never thought, and may never want to stop thinking about! So let’s jump right in and get weird.

The first stop on our list is one of the oldest and most instantaneously noticeable effects outside of the gain stage: the wah pedal. The shape of the wah pedal is usually as long as a standard human foot, with a hinged rocking plate on top reminiscent of a volume pedal on an organ. Once activated, a “filtering” effect comes into play by moving the plate forwards and backwards with your foot. This basically rolls a small knob, or “trim pot” for technical terminology, on the inside of the pedal, creating what is known as a “sweep” effect to the filter. The filter sweep created is akin to putting your mouth over a small speaker while it’s playing music and making an “ooh-wah-ooh” shape with your mouth. Never done that before? Well you should do it, it’s pretty fun.

Proud and mighty is the history of the wah, or as older generations know it, the wah-wah. So much so that if you listen to rock music on a daily basis, there is a good chance you heard one today. Listen to classic rock? My friend, you definitely heard it today.

Even though folks like Chet Atkins were making their own designs as early as the 50’s for country music, the first prototype wah by Vox’s parent company was made in 1966. Surprisingly enough, the original marketing idea for the wah was designed for big band instruments such as brass and woodwinds. The first marketed wah pedal that came out a year later even had an endorsement by trumpeter Clyde McCoy, with his face actually put on the pedal. That same year, Eric Clapton used it for his recording of “Tales of Brave Ulysses” with Cream, and Jimi Hendrix used one for his recording of “Burning of the Midnight Lamp.” Fifty years later and it still has a home on the pedal boards of rockers everywhere, with a hundred designs from dozens of companies all providing that sweet and unmistakable tone.

But the wah has moved on to instruments beyond the humble guitar, far beyond what the original makers even dreamed. Bassists in the funk and Motown genre owe their livelihoods to early recordings with the wah; keyboardist use it for extra flavor to solos and rhythm parts; even folks in the brass and woodwinds, the folks it was originally intended for, have jumped back into its experimental capabilities with gusto. This article does no justice to what the wah pedal has really done, and a few great documentaries exist about the history of the wah and its impact on the world. I would highly suggest watching them if you are interested in the subject.

Necessity is the mother of invention, and demand led to even further tinkering on the wah. Thus, the auto-wah and envelope filter pedals were born.

Auto-wah pedals filled the gap for a pedal that had the effects of a wah, but without the need to rely on seemingly archaic methods to produce its sound. As mentioned earlier, wah pedals work by essentially turning a knob inside the pedal with the foot rocker. Many companies of the time would use anything, down to just bits of string, to connect the two. Grime and dust would get inside the trim pots and circuitry of the wah due to the opening into the pedal beneath the foot-rocker, creating an unwanted scratching sound when sweeping.

The auto-wah came as a standard remedy to this: when activated, an auto-wah makes an automatic sweep effect when the instrument is played through it, similar to using a wah pedal but using control knobs to set the parameters of the sweep instead of one’s foot. Though not as hands-on as the wah because of this lack of human control, it was found to be very suitable for many that used wah due to reasons like size limitation during travel and its general ease of use. Auto-wahs also relieved the stress of standing on one foot all the time, another drawback of the traditional wah by comparison. Auto-wahs are still created today with the same intention in mind, and still sell successfully on the market for the same reasons.

Eventually extra parameters and controls would be added to the auto wah, leading on to the invention of the envelope filter. With greatly exaggerated settings compared to what the filter of a wah would normally produce, the envelope filter soon became its own entity in the music world. Being very unique to each company that creates one, envelope filters can range from gooey, rubbery funk sounds of traditional wahs to synthesizer-like garble, and everywhere in between. Groups like Parliament Funkadelic took to the weirdness with open arms in the early days of the pedal, with the funk world buzzing over the possibilities at hand. Basses became instantly funkier, guitars sounded like they turned into elastic, and everything was beautiful. The modern day has seen musicians like Thundercat use envelope filters on his blistering bass solos, harkening back to the times of Bootsy Collins and his spacey bass noodling. Even the electronica world utilizes filter effects like never before, most easily seen with ties to the popular genre dubstep in the earlier 2010’s. Those “wum-wums” and “wow-wows,” and all the other stuff that sounds like cannibal Transformers on the prowl? That’s the power of envelope filters.

In summary, there are few absolute linchpins to the sound of a genre quite like wahs and envelope filters. One could establish that modern rock would be an entirely different entity were it not for the likes of the wah helping blaze the trail. It wouldn’t flourish into the culture of an age. Without the envelope filter entire genres of music would be sonically unidentifiable. Solos just wouldn’t have the flair, bass lines just wouldn’t be as fat. The 70’s would certainly have had less entertaining car chases on television and film. Filter effects are a beautiful spice that can make a palette just over-the-top enough to be amazing.

So go out there and get a wah and see what you think, or try an envelope filter and see if you can catch the funk for yourself. Just go get weird! Next time in Pedal Flow, we’ll discuss another pedal that has potential to make your single instrument into an entire orchestra: pitch shifters. Until then, rock on!

5 Tips For Fearless Public Speaking Pedal Flow Part I: Down and Dirty
share this: