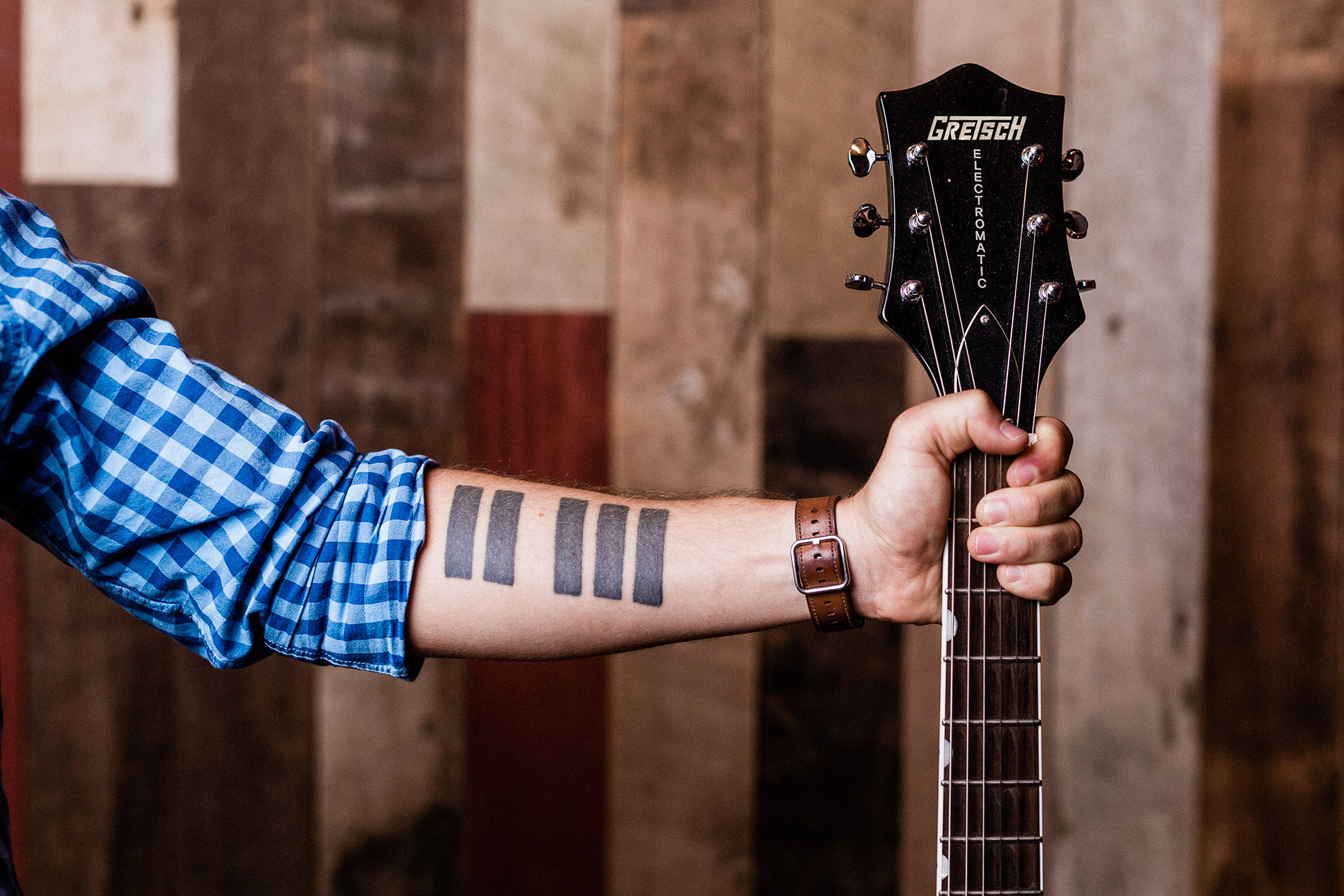 I woke up on a tour bus in Lancaster, Pennsylvania, after a show the night before opening for Switchfoot. It was 2006 and I had been plotting a tattoo for weeks. Lo and behold, our bus was parked at a venue which happened to be across the street from a tattoo parlor. Everyone else in the band had gotten a tattoo on this tour already. Today was my day.

I already knew what I wanted; the black keys of a piano. I had been playing since I was 6 years old and I liked the idea of having something a bit abstract that takes a little bit of “figuring out” when you see it. But getting a real tattoo was scary. I’m not an impulsive person. I had drawn it on my arm in sharpie to see if I could really imagine having that there for the rest of my life. I even printed out a version of it and taped it to my arm for a week to make sure I liked the size and placement.

We walked into the parlor and asked about pricing and appointments. They told us they were booked out for weeks unless they had a cancellation. I was equal parts disappointed and relieved. Was I really going to do this??? We left my number and went on with our day. A few hours later, I got a call that an appointment had cancelled and there was an opening if I could come right then. It was go time.

I headed back over with a couple of my band mates and got started talking to the artist. He drew the keys on my arm in pen first, making sure I liked where he had it before he started the permanent version.

I should mention here that I have a thing about needles. And when I say thing, I mean that I pass out when I get poked by one. But, for some reason, this was different. Don’t get me wrong, it didn’t feel good; but it wasn’t as bad as I had thought it would be. He started by drawing the outline of the keys with a small needle, then he changed to a bigger one to fill in each key. It was very surreal. I was actually getting a tattoo. On my forearm. Where everyone could see it. Even my mom. That’s another story altogether.

So he finished up, wrapped my arm in gauze and bandages, gave me a bottle of Aquafor and a few sheets of directions on how to care for my new tattoo. I couldn’t wait to take the bandages off but had to leave them on for another couple of days. It took a while to get used to it, but I literally don’t notice it anymore. 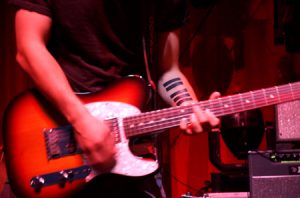 I still get people who ask me what it is. They’re mostly new people I meet, but every once in a while someone I’ve known for years will ask “Hey, what is that anyway?” So I sometimes make them guess. I get answers like “a barcode?” and “is it from the new Jumanji movie?” But most people get it right; piano keys! It’s the pentatonic scale – the most important scale for my musical formation and playing style which is rooted in blues music.

No matter what happens in my life, or what path I take in my career, music has had a profound impact on me. Thanks to this tattoo, it has literally left its mark.