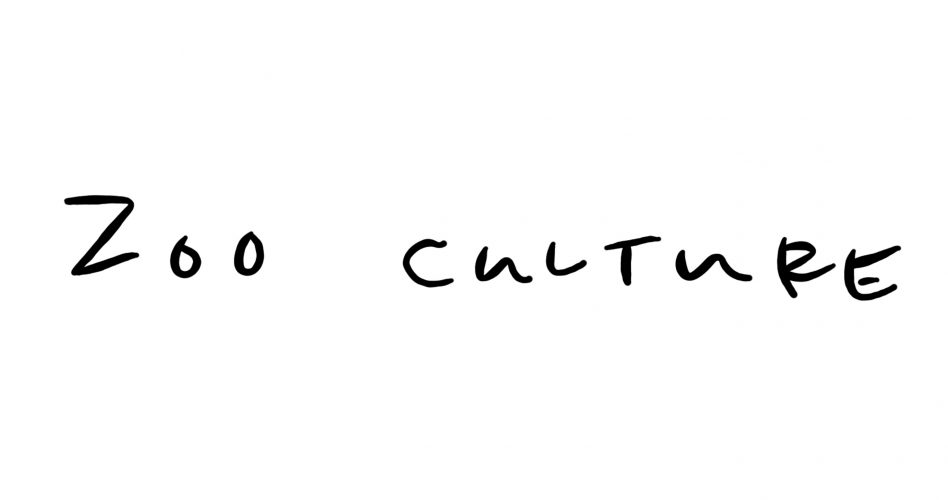 Zoo Culture and the Art of Becoming a Band

If you’re in need of sunny tunes to soundtrack the arrival of the spring, look no further than Zoo Culture. Built around the talents of Alex Drummond and Cole Manasco, the band burst onto the local music scene with a sound reminiscent of alternative bands Hippo Campus and COIN, but with witty lyricism and a penchant to not take themselves too seriously. With the recent release of their track “Daisy”, recorded at our own Recording Studio, (heads up parents, the track is explicit) and the remarkable achievement of their song “Sundress” reaching one million plays on Spotify, I sat down with Alex and Cole for a wide-ranging interview that talked about their writing process and forthcoming releases. They showed me a couple of demos for their as-of-now untitled EP and, based on those songs, be prepared to see Zoo Culture scale impressive heights and gain fame in a way that elevates them far past their current successes. Interviewing the two of them was like interviewing brothers — constantly interrupting each other to finish each other’s sentences, both on the same page about an impressive creative vision that’s beginning to be realized.

How did Zoo Culture get started? Alex, I know you’re from here, but Cole, you’re from Jasper, right?
Alex: So, I started Zoo Culture when I got to college at UAB with a totally different line-up. We put out “Running In Place” which we’re taking off of Spotify soon, and people came and went. New line-ups happened, then fell apart, and then I met Cole around three years ago and it was like everything fell into place. I felt like he and I had the same vision for where this should go, and from there we wrote the Moonflower EP with that lineup, and then “Daisy” and our forthcoming EP is pretty much written completely by Cole and myself. 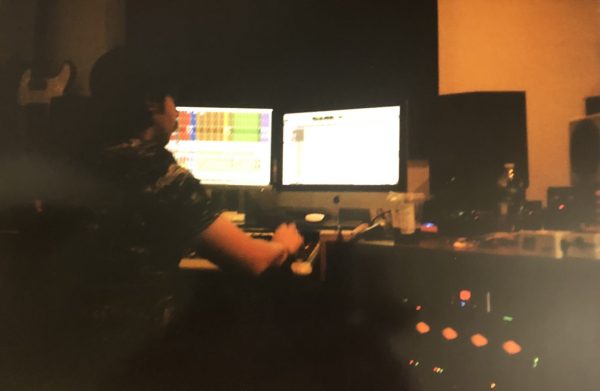 Tell me about getting lined up with Mason Music’s studio to record “Daisy.”
Alex: Well, Phillip [Blevins, Mason Music’s Assistant Operations Manager and Recording Studio Engineer] is a sweetheart. I’d worked with him at a previous job, and I knew Park [Butterworth, Mason Music’s Acting Operations Manager] from around town because we’d played a few shows with Juco before the world shut down; they had a similar vibe to what we were playing at the time, and-
Cole: I think it was the “Sundress” release show at Zydeco, and they opened up for us and we were like “God, they’re so much better than us.”
Alex: There’s a really incredible scene in Birmingham, and we’re just blessed to be here and work alongside these incredible people.

All of this is you two in the studio?
Alex: Yeah! We’re sourcing local musicians to do things we can’t in the studio—
Cole: Like drums. Neither of us can play drums at all.
Alex: Right, drums. But primarily it’s the two of us writing these new songs and bringing them to life. 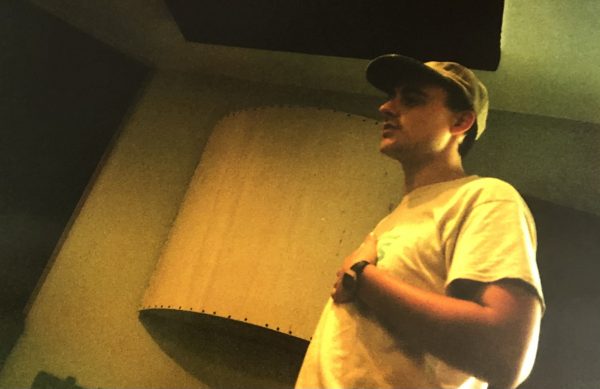 Let’s talk about “Sundress” — I’m pretty sure that y’all are the first younger local band to hit that 1 million plays milestone, which, congrats!
Alex: Thank you! We’ve gotta give some credit to The Brook and The Bluff, though. I’ve always looked up to them as big brothers for us, and they’re definitely huge right now. But yeah, a million is crazy! We’re honestly just lucky.
Cole: We’ve had other musicians reach out to us asking “Dude, how’d y’all do this?”
Alex: And WE DON’T KNOW! (laughs)
Cole: We wrote this in thirty minutes, man. We don’t know. It was just luck, and it was just fun.
Alex: “Sundress” is very special — the four guys that were in that room making that were just having fun. We honestly took it to the studio as a joke; the second verse was literally written in the middle of a show—
Cole: I was just like “It works!”
Alex: It worked, right! And here we are with a million streams. It’s unreal. We really don’t know what we’re doing — I think we’re finally getting to the point where we understand what it means to be a band.
Cole: It’s definitely difficult when it’s just a band with just two; I’m glad we’re on the same page—
Alex: I mean, we live together.
Cole: (laughs) Yeah, so we have to be on the same page. But there’s a ton of tedious stuff to do that we split between the two of us that we’re finally grasping. It feels like we’re playing catch-up, in a way, but we’re super thankful to even be doing this at all.

Do you feel any pressure to follow up the successes of “Sundress?”
Alex: There’s some, and then there’s some freedom. We’ve been in this recent EP cycle for two years, and it feels good to break free out of that and work on something new. This upcoming EP will be six tracks long (including “Daisy”), and then hopefully our next step will be a full LP. We’re testing the waters of what we’ve got here, and we’ve been working on these demos for almost two years.
Cole: The track list for this upcoming EP was totally different, like a month ago. “Daisy” was really the first one that we recorded where we said “this HAS to be on it,” and then the rest sort of followed. It was a building block. 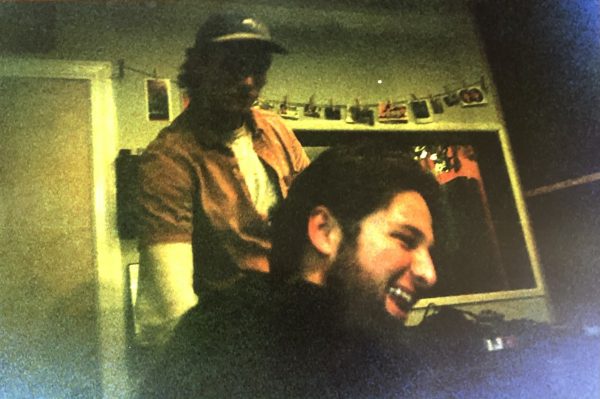 Where are you recording this next EP?
Alex: Athens, GA.
Cole: We’re recording it with Matt Martin (touring bassist for COIN, frontman for Wanderwild), who mastered “Daisy.” He’s a wizard.

Would you consider “Daisy” a building block for the sound of Zoo Culture going forward, or just this EP?
Cole: I think of it more of the mood.
Alex: It’s a very diverse record. We’ve taken a lot of different influences and thrown them together in this process. I think Moonflower was our entry-level record — almost like we answered the question “What do we want to do?” whereas this EP is answering the question “What can we do?” Like, what do we really enjoy making that gives us the validation of a job well done? I mean, we’re taking in music from two opposites, for example — Daft Punk and Phoebe Bridgers and using that to make this sound of this EP.
Cole: I’ve gotten into shoegaze and dreampop, and we’re just slamming everything together to make this.
Alex: We finally got to a point where we called up Matt and told him “These demos are DONE, and need to be recorded ASAP.” We’ve sat with them long enough — and that’s where that pressure comes in to follow up “Sundress.” We’re headed to the studio in the summer to record, because we want to get all of this stuff out soon. Hopefully we’ll have it released in the fall. 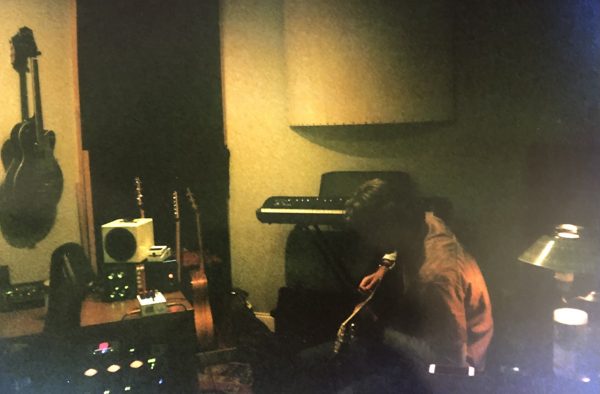 I mean, it’s hard right now to do anything with the past year having gone the way that it did.
Cole: Right — losing live shows was definitely tough, because that’s the most adrenaline I’ve ever had in my whole life! Not to mention the lost revenue which we’d use to record.
Alex: It’s almost like we’ve had too much time to sit with ourselves; we’re ready to go now. We’d typically road-test songs in a live setting, and then that just went away.
Cole: So we’ve had these songs for a minute, and it’s a good record! It just needs to get out. (laughs)

How does the songwriting process happen between the two of you?
Alex: This new EP is us splitting the difference between the two of us. These prior releases have been my story, and then we got to “Daisy” and I realized it’s been all about me. When I met Cole, that’s when it started to break down past myself; I was able to find my creative level, in a sense because I could trust him to fulfill what I see as well as adding to the vision. Lyrically, “Daisy” has three separate voices on it, and it feels good to not be all about me.
Cole: We work well because he’ll give me an idea, and I’m better at taking that idea further than presenting an original idea. I work better as an editor than a writer, if that makes sense.
Alex: He is the man who makes the seeds grow.
Cole: I’m watering the plants.

And everybody needs an editor.
Alex: (laughs) Yes! We sit down with each other weekly and ask ourselves “Okay, what parts of these songs need to go away?”
Cole: Again, I’m just glad to be in a place where we can work together and trust each other enough with our stories. I think that’s the best place that a band can be.