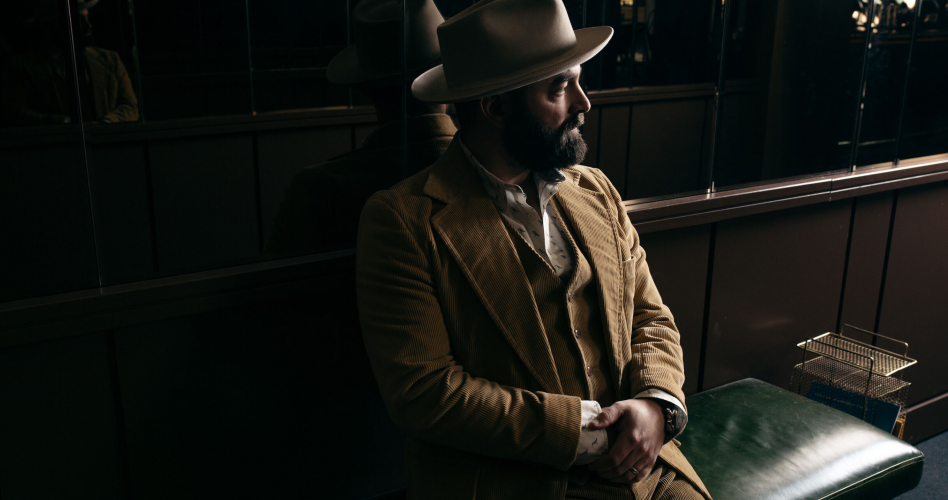 Music Is Good For You

Drew Holcomb on Creativity, Birmingham, and the Importance of Music Education

I’m not sure Drew Holcomb ever sits still. When I called him on a Thursday morning, he was in Nashville traffic, frequently punctuating our phone call with apologies for the din of horns honking in the background. To label him as merely a songwriter is to perform a disservice; sure, he’s made music with his primary project Drew Holcomb & the Neighbors for over 15 years, but he also has a duo project with his wife Ellie Holcomb, a collaborative project with folk duo Johnnyswim, and a thriving music festival dubbed Moon River that takes place in Chattanooga that boasts headliners like Leon Bridges and The National. 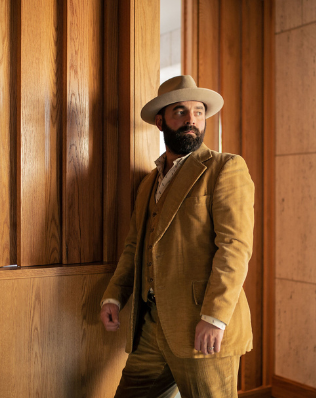 He laughed when we talked about his polymathic tendencies, sharing that most of it “came from the feeling of inspiration of those around me” rather than a desire to conquer every aspect of the music industry. In August, Holcomb will be headlining Mason Music Fest — a 10-year celebration of Mason Music’s commitment to inspiring and teaching students to be passionate about playing music — at Birmingham’s Avondale Brewing Company alongside other established artists like Gatlin, Lady Legs, Shaheed and DJ Supreme, and Jahnah Camille. The unending collaborative desires of Holcomb make him a perfect fit to headline our festival and, over the course of this phone call, we explored his relationship with Birmingham, his experience with music lessons, and more about what keeps his creative drive alive:

I’m so stoked you’re playing our festival, and I think that the city of Birmingham has become a huge supporter of yours over the course of your career. What brought you to Birmingham as an emerging artist?
When I was starting out early on in like, 2004 and 2005, I had traction in like, six places. (laughs) And Birmingham was one of them where the support for what I was doing was immediately there. Out in the suburbs, there was this spot called the Moonlight Music Cafe.

No way – that’s literally right around the corner from our studio in Bluff Park. It’s a coffee shop now.
Man, seriously? That’s wild to hear. I played there a couple of times just starting out and I remember going from two people who talked through my whole set to finally filling that place up. After that, I worked my way through WorkPlay and a couple of other venues around town, and the vibe of the city really spoke to me in a deep way. I think over the past couple of years I played some shows on Samford’s campus and the Lyric Theatre in February with Ellie, and it still feels the same way to me now as it did when I was just starting out. I really love the city – there’s great music, the food is just incredible, and it’s close enough to Nashville to truly feel like home without all the hubbub.

I don’t know man, we have the pedal taverns now.
Oh, dude, run from those. (laughs)

100% of the proceeds from Mason Music Fest are going to go towards the Mason Music Foundation which provides scholarships for children to take music lessons in our studios. Did you have any experience with music lessons or music education as a kid?
I took piano lessons for a couple years when I was a little kid. What didn’t take for me was the theory part of it, but the creative part of it did; I can remember writing these random little piano parts and beginning to construct songs for the first time through those piano lessons. I started taking guitar lessons when I was in the sixth or seventh grade and from then on, it really stuck with me that I wanted to pursue playing music. More than anything, after I had that sort of foundational knowledge from lessons, my friends and I would just band together and play all of the songs I was obsessed with as a kid. There were really no genre lines — at one moment, we were playing old-school Bob Seger, or Garth Brooks, and then grunge hit in the 90s and all we wanted to play was Pearl Jam. Playing in church was big too, in the youth group. I think all three of those experiences fueled my music education, but the foundation that you build early on in lessons gives you something to stand on.

In college I went off to study abroad, and that’s where I started to learn how to write songs. There was a certain thrill with collaboration and working with your peers; there’s a camaraderie and competitiveness in it that fuels young people to really learn. What’s that line by Nick Hornby in High Fidelity — “record store talk,” right? When you put a bunch of kids together who just really love music and want to learn, you develop this own secret language that propels the idea of learning forward. You suddenly learn the meaning behind music and why you want to make it, so music education is crucial in that aspect.

The bit about collaboration is unsurprising to me; you do so much within the industry. There’s your primary project, your project with Ellie, Moon River Festival, and so much more that I’m not even referencing in this piece.
(laughs) I like to stay busy!

Clearly! What fuels that desire to do a little bit of everything?
A lot of that desire was practical. The main creative vision for me was Drew Holcomb and the Neighbors; I’ve always had that platform with my songs and the band since I started doing this. Ellie was in the band for the longest time, then she wasn’t [Ed. note – in 2012, Ellie left the band to raise EmmyLou, their first daughter], and we missed doing that together and sharing that musical experience. So we just decided to do more of that. (laughs) Once we got comfortable with our band and touring [with the Neighbors] it was easy to go to other things, whether that’s the festival or our EP with Johnnyswim. That’s the tricky thing about being a creative. You’ve got to show up and do the work, but also be ready to follow a creative moment when it comes. The best thing I’ve found is that surrounding yourself by other folks whom you’re inspired by will always lead to positive results. Whether that’s my band, or Ellie, or the artists at Moon River, I always want to leave an experience super inspired by everyone I’m around. Moon River is special because I’ll always leave that festival reinvigorated and ready to create — I’m always blown away by my friends and the people we get to play that festival. My own personal ambition is mostly creative and also cultural; I want to create a culture in my band where it’s collaborative and people want to be heard, moreso than having a Top 40 single. I think that’s inspired by my heroes — Springsteen, for instance, has tons of number one records, but no number one hits because he’s focused on the greater album and cultivating that feeling of inspiration. 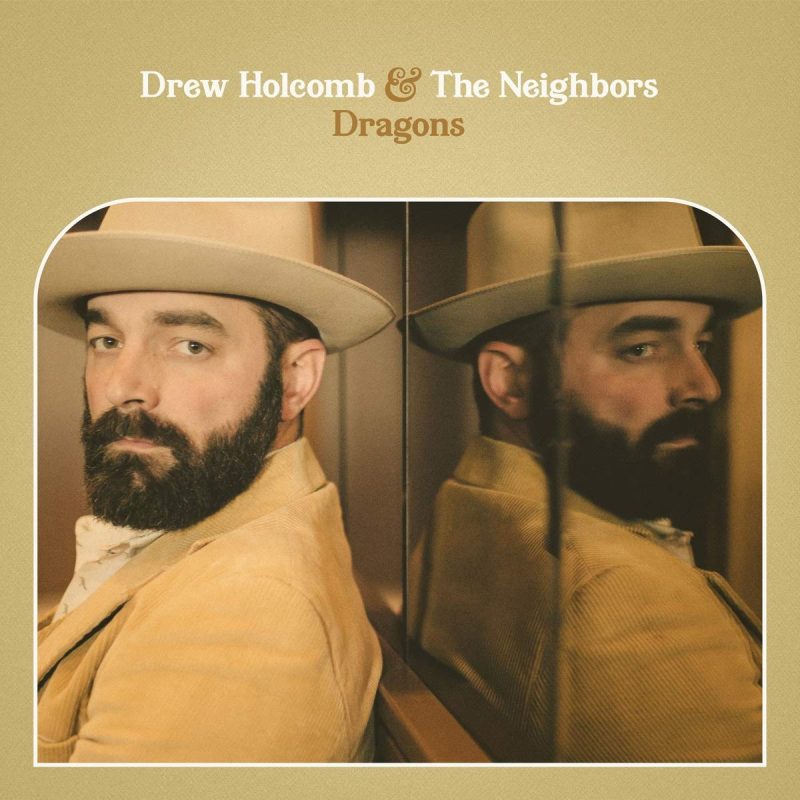 With all of that going on, what’s next for Drew Holcomb and the Neighbors? Dragons was released in 2019, after all.
(laughs) The clock’s ticking! We started a new record with the band last year, and we started a new EP with Johnnyswim – hopefully we’ll hear those sooner than later. Birmingham’s not alone in getting a show, either — we’re going on tour in September and playing some more festivals, including Moon River. It’ll be full blast from us for a while, and more than anything, I’m just glad to be back doing this again. It’s been too long.

Tickets for Mason Music Fest go on sale Friday, May 6, at 10:00 AM here, but you can access the special presale with the code FAMILY beginning on Wednesday, May 4, at 10:00 AM (CST).

Visit our website to learn more about Mason Music Fest and our mission of inspiring and teaching students to be passionate about playing music.

Teacher Spotlight: Marvina Porcher Music Is Good For You
share this: