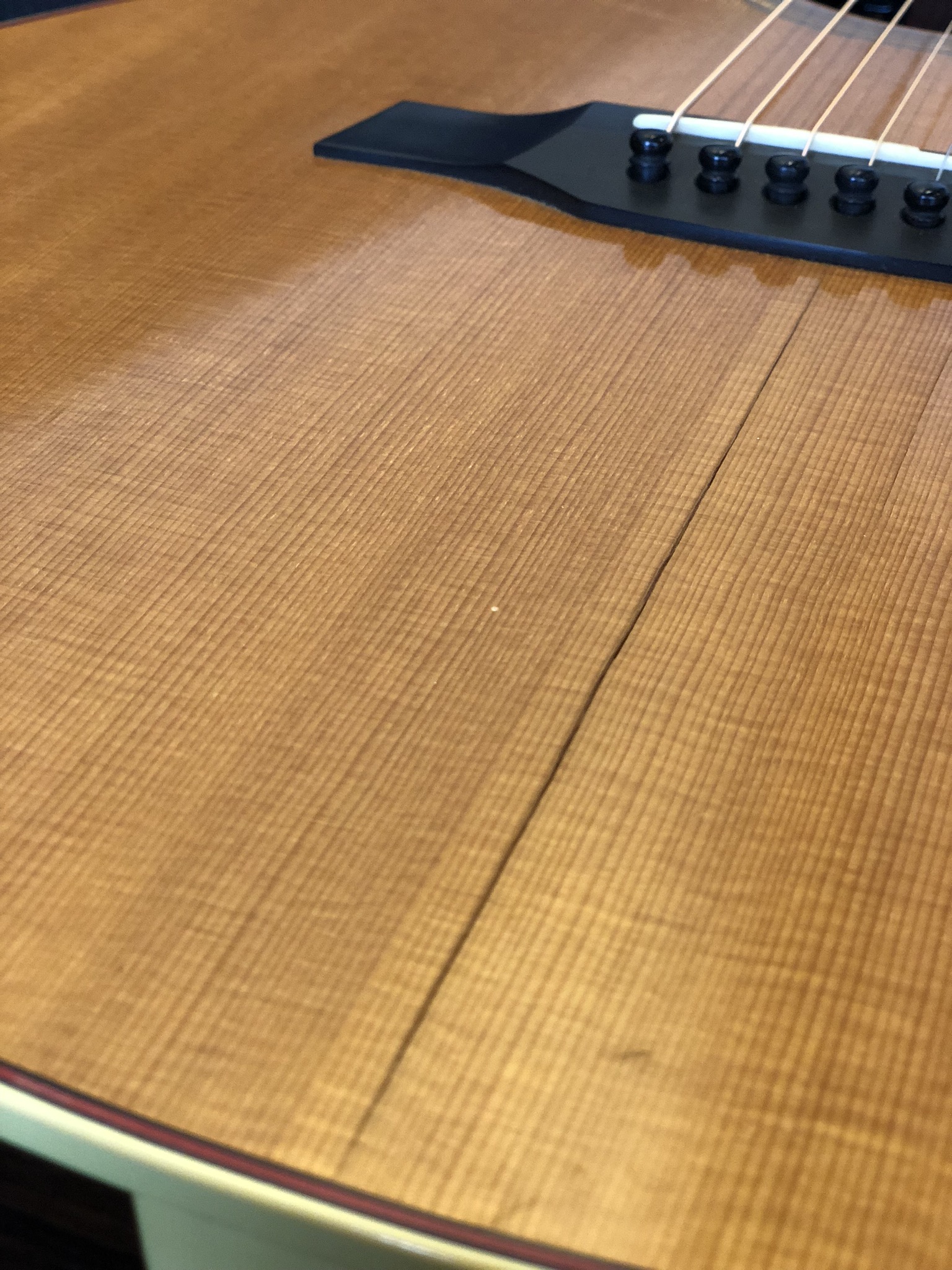 Getting A Head On Your Snare

Say No To Crack

A Tragic Tale On How To Prevent Guitar Cracks

In high school, I worked at a local guitar shop (Fretted Instruments) every day after school. I rarely saw a paycheck though, because I would end up unpacking a shipment that included a guitar that I just had to have. Inevitably, I would beg the owner to let me put it on layaway and I would chip away at my invoice until I could take it home as mine.

At one point, I consolidated my modest guitar collection and saved up additional money to buy what was the nicest guitar I’ve ever owned. 17 years later it is still easily my favorite guitar I’ve ever played. It’s a 2001 Charles Fox SJ Napa. It’s been with me on tour around the country, has been recorded on numerous records, and played at hundreds of gigs. It’s my ‘lifer’ guitar.

In 2006, tragedy struck. I was visiting my then girlfriend in Kansas City and brought my guitar with me on the trip (as you do to impress your girlfriend). The weather was below freezing the whole week, so the apartment where I was staying had the heat cranked up (if you’re a guitar player, you probably have an uneasy feeling right about now).

Halfway through the trip, I noticed a line on the top of my guitar. Thinking it was a hair, I attempted to brush it off. To my horror, I discovered that it was not a hair, but a CRACK in my favorite acoustic guitar. A guitar that had become irreplaceable (Charles Fox Guitars dissolved shortly after I bought mine and has since been reformed under the name Ergo guitars, which start in the 5 digit price range! This is definitely the only guitar built by Charles Fox that I’ll ever own).

When I got back to Birmingham, I met up with my go-to luthier and showed him the carnage. He told me what I already knew; that the guitar had gotten too dry and the wood had shrunk slightly, pulling apart at the seam in the top of the guitar. 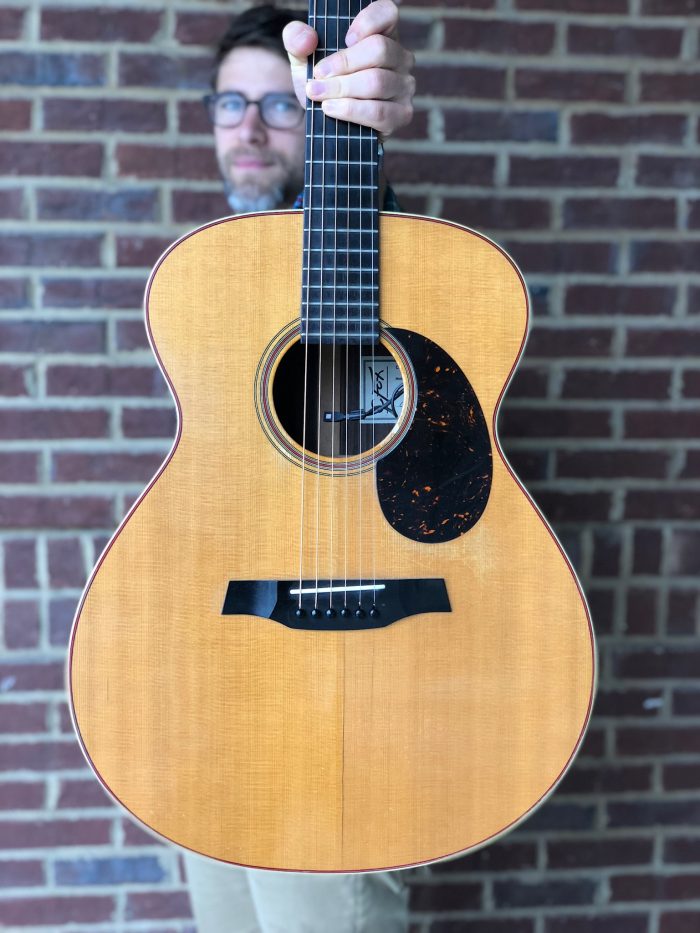 My heart sank, because I could have prevented this. EASILY. A $10 guitar humidifier would have saved my $2,000 instrument from this pain. Now, we had to re-humidify my guitar until the wood expanded to close the crack, then my luthier worked his magic to patch it using the most simple/non-invasive method possible. BUT, he warned me, it might not last, and if it gets dried out again, the crack could come back. At that point, I would have to have the top cleated, which could potentially change the tone of the guitar. Not good news.

Starting then, and for every winter after that I would get my humidifier out and keep my guitar moisture regulated to prevent further damage. I was pretty faithful with this for a couple of winters and things were ok, but in 2010 I failed my beloved guitar. I neglected to use a humidifier for a whole winter, and the crack came back and got worse. I know – I am an awful human being. But to be fair, I was a new father, so I was taking care of some more important things at the time (no cracks in my children, so that’s good right? I mean other than the cracks that are supposed to be there. But I digress).

Now, I have surrendered to the crack. It is just a part of that guitar, and I have no plans to repair it at this time.

I share this with you because I don’t want you to end up like me. This winter, all you have to do is pick up a guitar humidifier and keep it in your case. Whenever the heat kicks on for the first time in your house and you smell that musty aroma of baked dust, let that be a reminder to go get your guitar humidifier. If you don’t have one, seriously, it’s ten bucks. As Nike always tells us, Just Do It.

Finding The Right Strings For Your Guitar Getting A Head On Your Snare
share this: