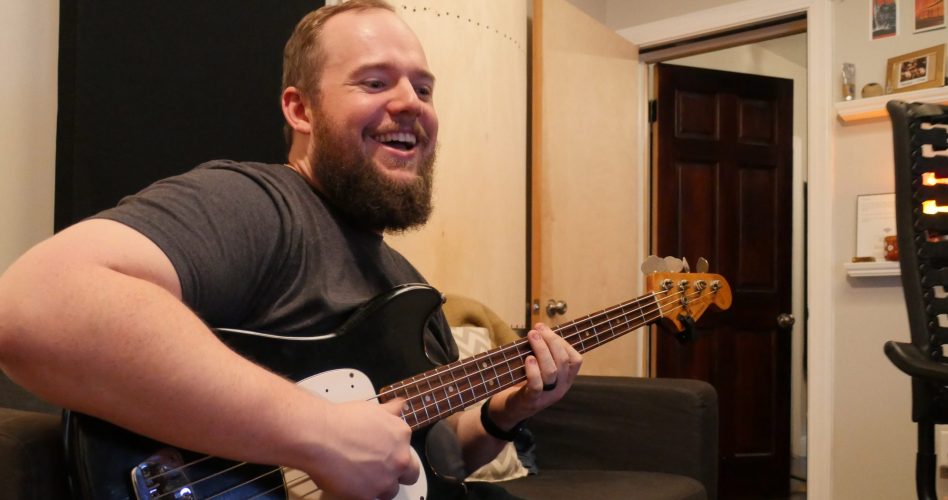 An Interview with Songwriter Jeremiah Toole

Park: Tell us about some of the past writing projects you’ve done.

Jeremiah: Well, I’ve written a lot of bad songs and a few ‘ok’ ones. I started writing when I was in college and it was all really cheesy Christian songs back then.

I joined a band randomly while I was in Chicago. I met the front man who lived in South Carolina and his band, The Patient, was based in Columbia, SC. That was the first record I produced and that’s where I cut my teeth on writing and more of the arranging side. It was probably a couple of years after that that I wrote the first Bearface song and where I was like, “Oh, this isn’t awful.” The song was called “Green & Grey,” and I was 22 or 23.

“Start Over New” is the first single I’ve written since the release of that EP, Home, in 2013. So it was a kind of rekindling.

Park: How did you find out about the project?

Jeremiah: I’ve known Will [Mason] for a couple of years, because I produced Headcase and did drums here [at the Mason Music Recording Studio]. I saw the contest online and I haven’t written a song in a long time so it was nice to have a little bit of a prompt.

The last few years have been really tough for me, and at the end of the contest description it said “Let’s kiss 2019 goodbye” and I saw that and was like “Cool, let’s write a ‘2019 sucks’ song and look forward to 2020.” 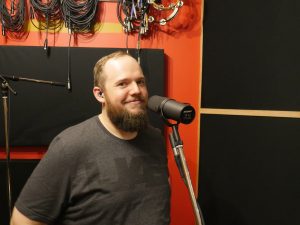 I was on the fence about whether I was going to submit a song, but I knew I was definitely going to write one. I haven’t written a song in 3 or 4 years, and it’s really bugged me because I love writing. That’s why it’s been a hard 3 or 4 years, battling depression, stuff like that. So I knew I needed to take the challenge of writing a song.

I honestly didn’t care if it got picked up but, of course, I’m super thrilled that it did. I was just like, “I’m proud of this. Whether or not we win, I’m gonna release this.” I even went back on my Bearface [social media] accounts and announced it publicly just so there was some accountability.

“It was a kind of rekindling.” 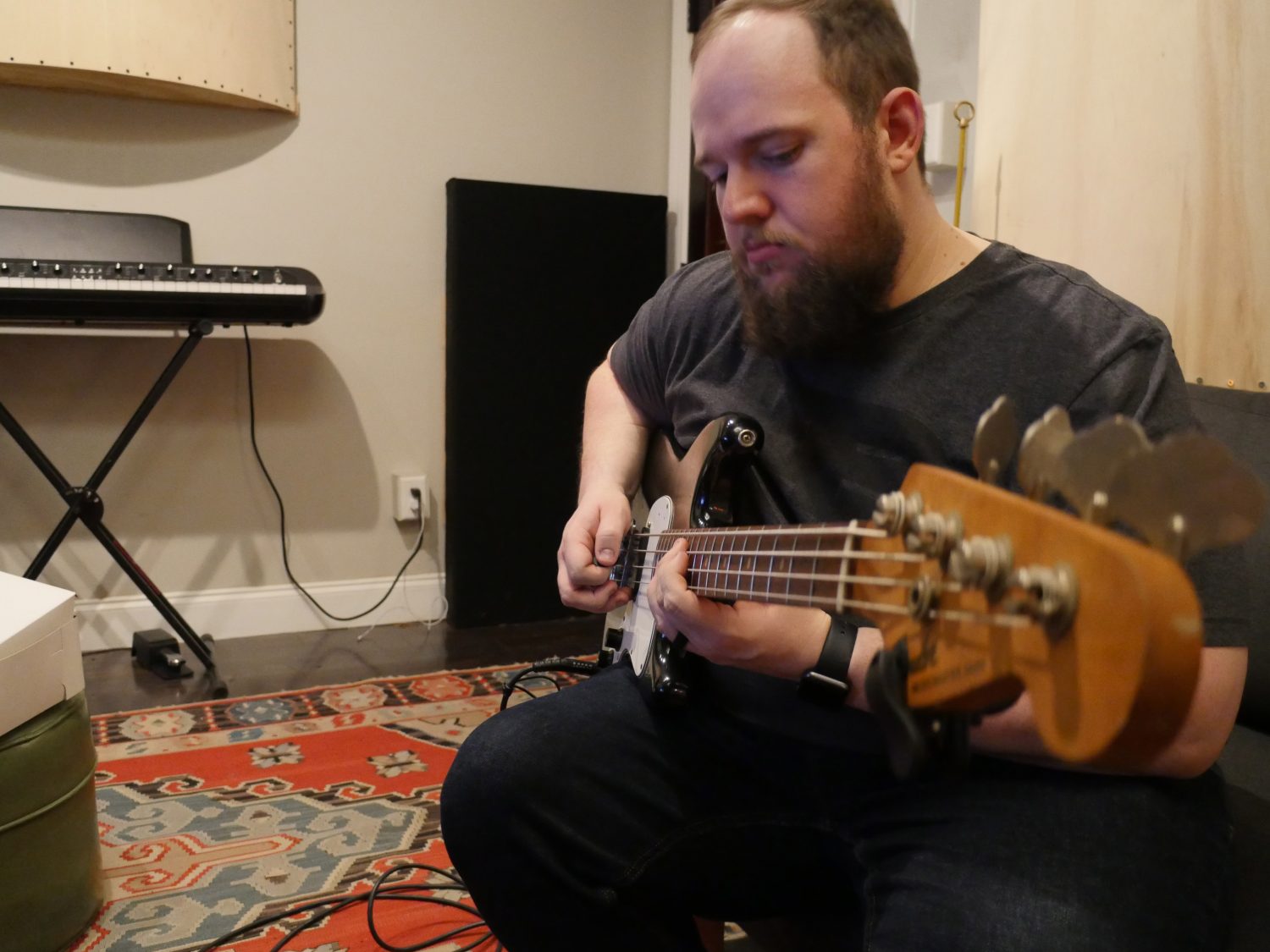 Park: The theme of this year’s contest was “2020” and from that you wrote a song titled “Start Over New.” Do you like having a prompt for songwriting or writing thematically?

Jeremiah: I don’t know that it’s something I’ve done before, but being in such a deep rut it was nice to have the theme serve as a a few rungs of a ladder to help get me started. After that I was like, “I can build the rest.”

The first line of the song is the first line that I wrote: If hindsight’s 2020, Then I hope next year can see alright.

Park: Did you pull from any sources for inspiration for this song or for your songwriting in general?

Jeremiah: I’ve really been loving the latest Bear’s Den album and the latest Coldplay record. I’ve always liked Wilco, Midlake, those kinds of bands that probably sound quite a bit older than I am. So I feel that kind of musically with this song, but I didn’t sit down and say “Let’s write a song in this style.”

Park: When you approached writing this song, what came first? Was it lyrics, music, or a combination? Walk us through the process of putting the lyrics, melody, structure, all that together. What was the hardest thing about writing the song?

Jeremiah: This song was definitely work. I had the first line which helped get the idea started. I had bits and pieces, like the bridge lyrics which were originally the first chorus:

The first line of the chorus was actually the pre-chorus (And I am gonna start over new tonight) but I kept playing it and it just didn’t sell the chorus. That’s really what Kameron [Mitchell] helped with. He was like, “Bro, that’s the catchiest part of the song,” and I was like, “Yeah, I know.”

After meeting with him, I restructured the song so I knew which new lines I needed to write. It probably was a total of two weeks from start to finish and I spent maybe a total of 15-20 hours writing it. The music was the easier part. I’ve always been a musician, I’ve been playing since I was 4, so the music came easier than getting the idea.

I also have a habit of sitting on things for too long, so it was really great that there was a deadline that forced me to get it done.

Click Here For The Full Lyrics To “Start Over New”

Park: Kameron Mitchell is a friend of yours who plays in the local band Headcase. We’ve talked about his role in helping reset the structure of the song. I’m curious, is peer approval or feedback something that you typically like to have when you’re writing?

Jeremiah: It’s not really something I’ve done before, and I honestly don’t think it comes out of a healthy place. I think it came out of insecurity because I hadn’t written anything in so long that I didn’t really believe in myself much anymore.

It’s no good if I just sit on half a song, and it just sits in a notebook. If I need some help, let me get some help. I gotta change what I’m doing if I want different results.

Park: Were you surprised that you won?

Jeremiah: Oh yeah. I was in Seattle the day it was announced and, because of the time change, I was sleeping when Will talked about it on BMR (Birmingham Mountain Radio). So I woke up to a text message: “I just heard some pretty exciting news on the radio. Congratulations!” It took a second for me to realize that it was about the contest.

Now that I’ve won, I keep thinking maybe it’s a sign that I should get back into it. So now, it’s almost turning into a song that motivates me to say “Yeah, screw 2019, I’m gonna get out there and make 2020 different. Let’s make it new, let’s start over.” I definitely didn’t write it thinking that, like I think about it now.

Park: Is there a certain section of the song that excites you, or that you’re most proud of? 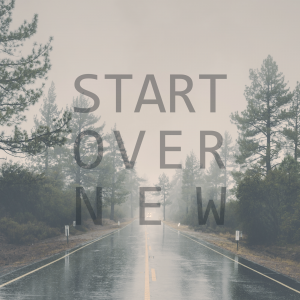 Jeremiah: I have two favorites. I really love the arc of the song, that it starts with kind of a “woe is me” and then it moves into something different.

I showed my wife the rest of the last chorus (And If I can find somebody to fill these arms tonight, Well then I could start over new) and she was like “That’s cool, but you don’t have any relationship thing in the song.” So that’s how we got to writing the second verse and that was cool to see it come full circle.

I also really like how verse 1 goes into the first chorus, because I feel like that’s my story over the last handful of years:

You just wish you could drink away the year and just be like, “Dude this sucks so bad, I wish I could have another drink. But I know it won’t solve anything and I just wish I could start over. Wouldn’t that be awesome.” So I feel like that is really vulnerable and I like that about it.

Park: Did you ever wish you had one more day to tweak something in the song, or is there something you would change about the song now if you could? 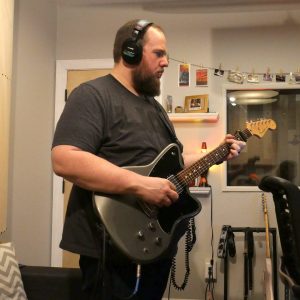 Jeremiah: I think I’m trying to do a new thing with this process and just say “The song is done. It’s good enough, let’s do this.” It’s stuff that I try to tell my clients when they’re recording with me. I’m like, “Hey man, recording is capturing a moment, there’s no perfect take. Let’s just get it down.” I’ve been practicing it myself while recording this song. That’s another great thing about this contest, there’s a deadline. I love that about this process. It’s forcing my hand.

Park: Who is this song written for?

Jeremiah: Someone who’s experienced depression, anxiety, any of that kind of stuff for a day, a year, maybe years. The great and awful thing about New Years is that we say we can reset, but the world doesn’t really reset. Sometimes that can make you feel awful when you’re a month in and nothing’s different. But there’s nothing special about New Year’s day. You can restart whenever. You don’t have to wait until 2020 or 2021. When I wrote “Start Over New,” it was pretty superficial. Now I’m the audience, now I sing it for me.

Park: Let’s talk about Bearface for a minute. is it a solo project, a full band? And how’d you come up with the band name?

Jeremiah: I always wanted to have a band because I always wanted to be a part of something that was bigger than myself, and I wanted to find musicians that I could really trust to carry stuff. I’m a multi-instrumentalist and I love that about myself, but I’d much rather have other people play different parts to practice not having total control.

I looked through my favorite books and lyrics for little nuggets of inspiration when trying to find the right name for the band. I had a really long beard and really long hair at the time, and I love C.S. Lewis stuff so when I was doing research on a book that he wrote called “Till We Have Faces,” (this is the kind of super nerd that I am) I found out the original name of the book was called “Bareface” and I thought, “I can work with that.” And it fit because I looked kind of grizzly at the time.

Even when I was just playing by myself, I called it Bearface. I had a band for a handful of years in Kansas City and we were pretty active. Then my wife and I moved to Colorado and we hit pause. Being in Birmingham and meeting the Headcase dudes, they’ve been on my case to get back in the game. They’re like “Can we be Bearface with you? We’ll just play live, we don’t have to cut your record.” So this contest has been helpful for getting back out – not just to make them happy but to make me happy.

Park: What’s next for you musically and creatively?

Jeremiah: I would love to get back into playing live. I’ve already reached out to the Headcase guys to get some shows scheduled. I’ve been sitting on a handful of songs, unfinished, so I’m now working on getting those done so I can start releasing them. I just need to do it. That’s the goal for 2020. I’m trying to tell myself the same thing I tell my clients, “Just get it out there.”

“When I wrote ‘Start Over New’ it was pretty superficial. Now I’m the audience, now I sing it for me.”

Interested in submitting a song in Mason Music’s Magic City Songwriting Contest? Visit our contest page for all the details.

Did you miss hearing “Start Over New” debuted on Birmingham Mountain Radio? Listen To It Here!