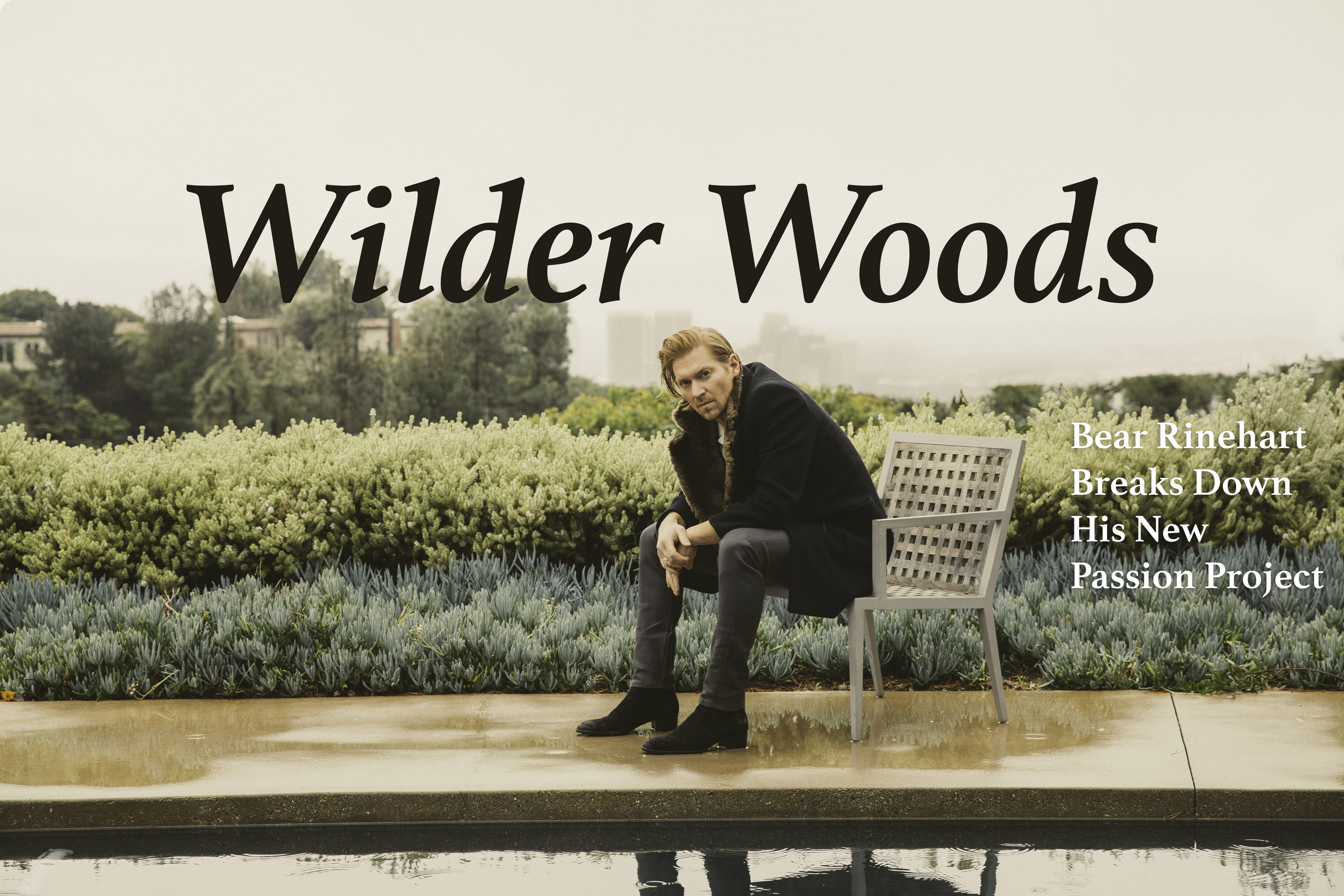 How To Set Up A Drum Kit In 20 Minutes 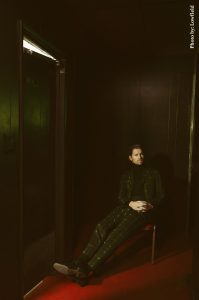 The self-titled debut record offers a glimpse into yet another side of Bear’s creative bent. Like any great collection of songs, this EP takes the listener on a journey – in the case of Wilder Woods, we travel through themes of self acceptance, faith, parenthood, love, loss, redemption and more – all through a sonic landscape of vintage vibes, good grooves, passion and swagger.

I recently interviewed Bear to talk about the new project, life, and more.

Will: So, you’ve been the frontman for NEEDTOBREATHE since 1998, and you guys have worked harder than anyone I know in the business to get to this place of significant success. So why start a side project instead of releasing this music with the band?

Bear: I do realize it sounds crazy in a way. I’ve always been the kind of person that would say the grass is greener on the other side because that’s where the horse takes a crap. To be honest, it was more about the time I had to make it. The band doesn’t do as many shows as we used to, and I’m somebody that has to work all the time or I’ll lose my mind. I also don’t think very much of this material would fit on the NTB records.

Will: How was the creative process different compared to writing and recording with the band?

Bear: There aren’t many similarities really. This was a very exploratory time trying to make a new sound that would distance itself to my previous work in a lot of ways. The possibilities of collaboration were really endless, but the key was finding the right people to push me outside of what my instincts were.

Will: So, what did you learn about yourself as a songwriter? Did this project reveal any blindspots or hidden strengths? 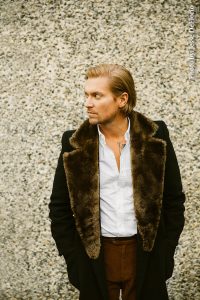 Bear: I think I’m learning this lesson all the time, but connection and magic is what I’m after with songwriting. It doesn’t really matter if it sounds cool or sounds like a hit if there isn’t some intangible mystery about it.

Will: Yeah, finding a way to create something that has mystery in it is such a challenge. I know everyone has their own methods for that. I’m curious – how important is your environment to your creative process? Do you write all the time, or do you have to carve out dedicated periods of time to be creative?

Bear: I write all the time. At least 10-15 ideas per week. I set aside time to explore those ideas at a later date. Co-writing has been a lot of fun for me because it forces you to find out if the idea has any legs in a short amount of time. I would say my environment is coffee, candles, and new instruments. The better the location, the easier is to get into it, but I’ve written plenty of songs hanging by a dumpster somewhere. 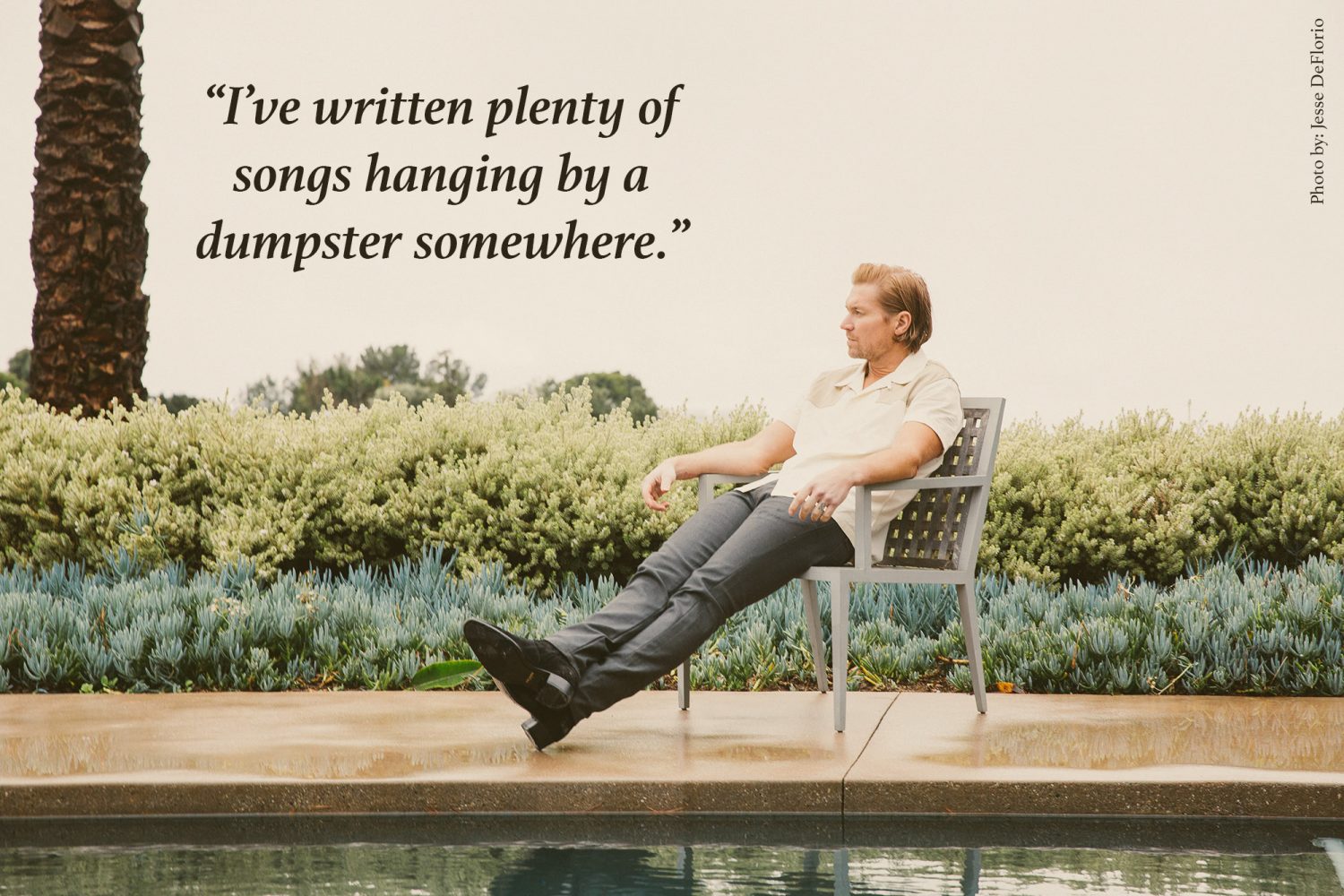 Will: Ha, by a dumpster? That could definitely provide some ingredients for mystery … So I’m really digging the guitar parts on the new release. Did you write all of them, or was there another player who helped?

Bear: It was definitely collaborative. I did most of the soloing, but a lot of the parts were either Gabe Simon or Tyler Burkum.

Will: Well, the three of you guys work well together. Speaking of Gabe Simon, what was it like working with a new producer? Did he push you to try things that you might normally have avoided or not considered?

Bear: I think mainly our foundational influences were different. It comes to play in places like the guitar part in “Sure Ain’t.” I don’t think my natural tendency would be to go to those types of inversions on guitar. I think that’s his Vampire Weekend upbringing. 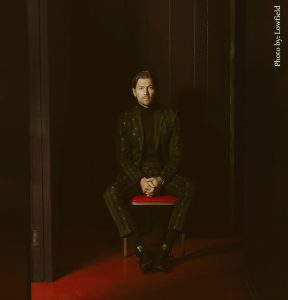 Will: I love the music videos too. They have a very cinematic vibe to them and definitely draw you in. How important are visuals to you and what do you think they do for the music?

Bear: I’ve always approached the release and performance of music like I was doing it for my 16-year-old self. Context is everything when you’re that age. The way the band walks on and what they’re wearing makes a huge difference. I’m still in love with the balls it takes for an artist to put themselves out there like that.

Will: For sure – the whole concept of ‘performing’ is a big deal. The stage is a very vulnerable place. I love that you think about how your 16-year-old self would like your work. That’s also really savvy from a business perspective, because they are the ones still listening to new music all the time!

I love the textures (both audio and video) used for the album that are throwbacks to recording techniques from past eras. Seeing the mics and the analog console you guys tracked on, and the video transitions with melting film. There’s definitely a trend right now towards this retrospective nostalgia that we see with shows like Stranger Things and the re-emergence in popularity of R&B bands with horn sections. Do you think there is something in us that longs to re-live the past? I’m curious where you drew inspiration for the sound of Wilder Woods?

Bear: I think it’s less about nostalgia for me. I really think there is the right tool for every job. We grew up in the beginning of Pro Tools. Those first few years gave us some horrible sounding records, but we wouldn’t have the beautiful music that can be made on those types of platforms without those pioneers. I think this record needed a sonic “space,” and there really is no replacing analog in that way.

Will: You write that marriage and fatherhood have taught you a lot; that hard times teach you more about who you are. How have you taken hardship in your own life and leveraged it for growth or learning? How do you learn more about who you are? Some people look to counseling, some to meditation, others look to writing, personality tests, community or medication. Have you found anything particularly helpful in gaining that perspective?

Bear: I would say I use all of those things. Acceptance of myself is probably the hardest lesson I’ve ever tried to learn. Good songwriters are constantly questioning their own motives. I think I’ve learned to let myself win sometimes. 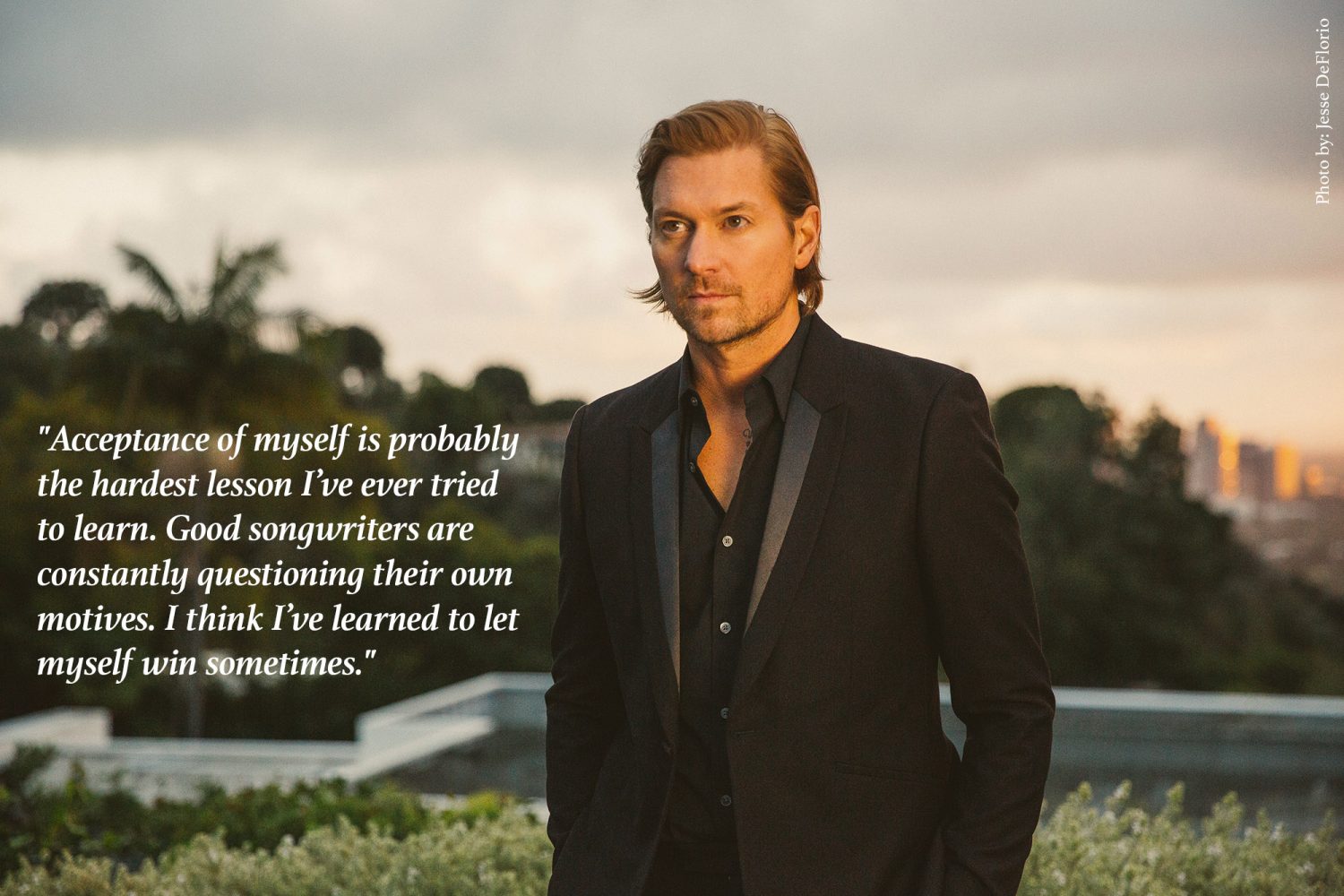 Will: Man – that’s a good reminder for all of us – on your journey of self acceptance, to let yourself win sometimes. That brings me to this line from “Light Shine In:” I’ve seen the dynamite reveal the best parts of my life. It reminds me of a lyric from Jason Isbell’s “24 Frames:”

“You thought God was an architect, now you know
He’s something like a pipe bomb ready to blow
And everything you built that’s all for show goes up in flames
In twenty-four frames.”

Can you talk a little bit about how faith has shaped your understanding of difficult events in your life? Has it brought meaning or purpose to hardship? Or has it been hard to reconcile the idea of God with the experiences in life?

Bear: I think both of those things are true. I certainly don’t see God as the problem. Every spiritual belief is a reaction to something. The guy down the street. Your parents. Your situation. The more I remember that, the less I lean on my own understanding. I do feel that there is as much grace in the falling as there is in the redemption. Learning that lesson as it’s happening will be the great challenge of the rest of my life. 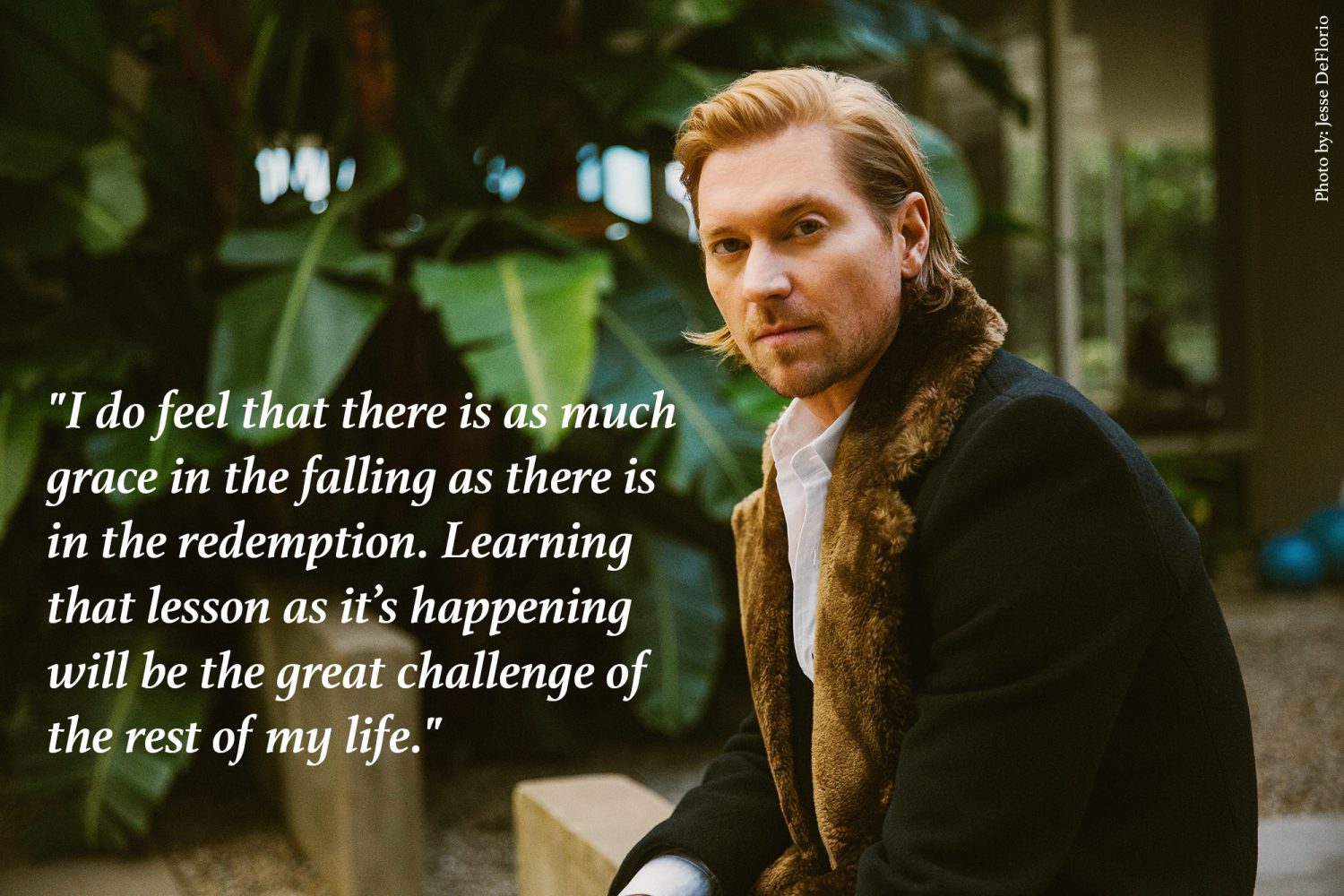 Will: Agreed. Grace is nearly impossible to understand. It’s not the natural way of things. You mentioned earlier that you write with your 16-year-old self in mind. So, if you could send a copy of this record to that version of you, do you think you would have liked it?

Will: You’ve talked before about your two sons, who this project is named after (Wilder and Woods) as being an inspiration for you. What do you hope they learn from watching you pursue this new venture?

Bear: I think the biggest lesson I can give them is the way I live my life. I want them to see me love their mom and that I wasn’t afraid to take a risk for something I loved at any age of my life. 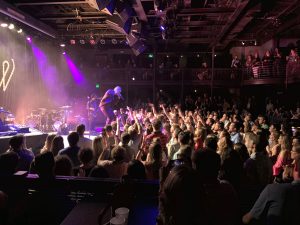 Wilder Woods is currently on tour so make sure you check out show dates and grab the new album HERE. You can also check out the music videos referenced in the interview HERE.

What It’s Like to Be William How To Set Up A Drum Kit In 20 Minutes
share this: