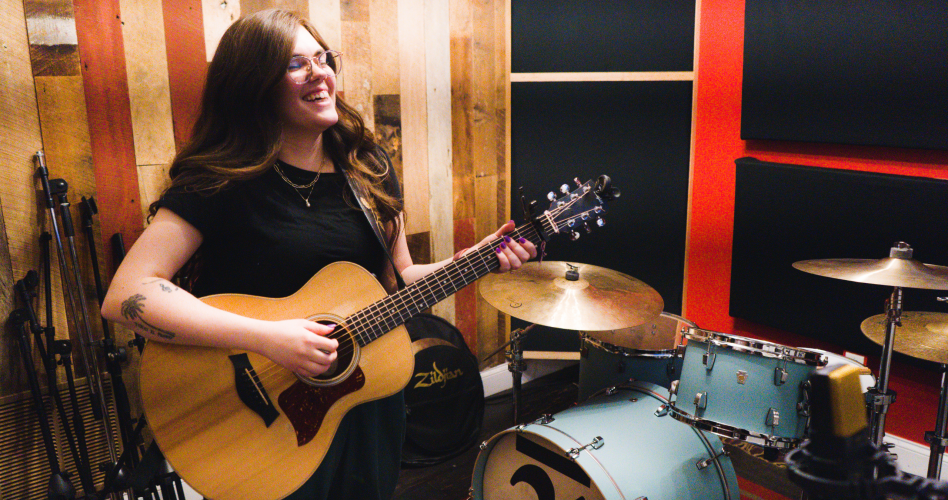 The Magic City Songwriting Contest, sponsored by Mason Music, is designed to help uncover some of the best and brightest talent that the Magic City has to offer. Contestants are given a prompted theme to write about, and judges from across the Birmingham area and music industry at-large pick through them to uncover a winner who will then record their track at the Mason Music Recording Studio and have it premiered live on Birmingham Mountain Radio. 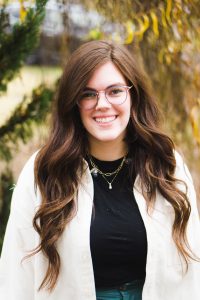 This year’s theme was “DISCONNECT:” a thoughtful exercise considering the general isolation and disconnection suffered by many throughout the COVID-19 pandemic. After a lengthy debate among our judges Dan Drinkard, Jasmine Mullen, Will Lochamy, and last year’s MCSC winner, Justin Cross, this year’s winner was 22-year-old Meredith Voison’s “Parties.” It’s simply a stunning track that encompasses the theme of disconnection from the outside world, and we found that Meredith’s lyrics struck a remarkable chord. In a world full of pandemic art, Voison’s bright, distinctive voice shines through the din of real life to sing of that awkward feeling most are realizing as the world opens back up — as exciting as it is to get back to normal, sometimes it can be pretty comfortable remaining in the isolation that COVID caused. However, if there’s something to take away from this brilliant track, it’s that it’s possible to break through that feeling and live to the fullest — something Meredith referenced frequently when I called her to chat about winning the MCSC:

I’m so glad to have finally caught you. How are you? How are things?
I am great! The dog is barking right now, but [aside] Lightning, come here!

Did you say his name was Lightning?
Yes.

I love that so much. How are you feeling about the song premiering on Monday? Any jitters?
I’m really excited to hear how it comes together. I heard some demos, but I’m excited to hear the whole thing — I’m really happy with where it’s sitting.

How long have you been playing in Birmingham and what started your musical journey here?
I was kind of always musical as a kid. Like, my family was musical growing up — music and instruments laying around everywhere, you know? And I’m actually not from Birmingham; I’m from Atlanta. I only moved to Birmingham a couple of years ago to go to college, but when I lived in Atlanta in high school, I really got started doing live music and songwriting and that kind of stuff. I can remember starting to learn how to play guitar at age 11, which I guess is half of my life (laughs). 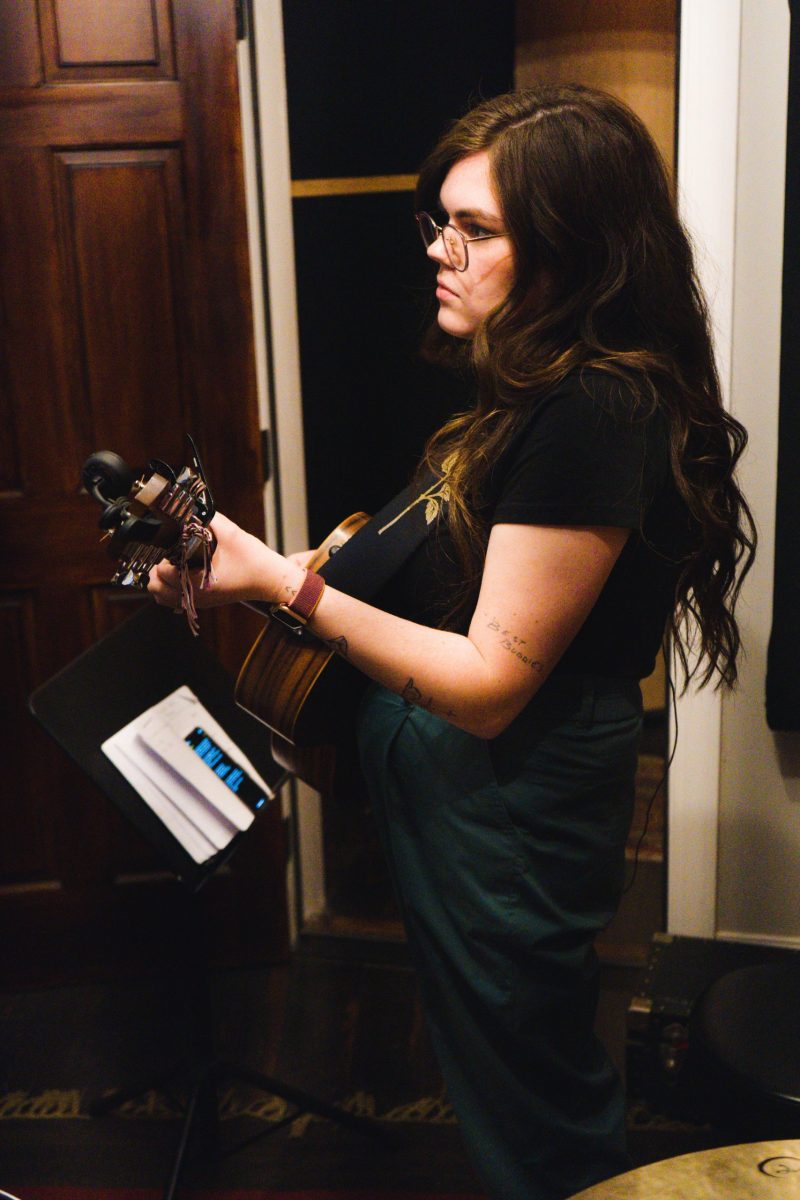 Oh, no, I’m older than you. That’s frightening.
(laughs) Yes. So, I started playing when I was 11. I taught myself how to play and I really wanted to learn an instrument just so I could write songs and be able to back myself up in a life setting…so I did that. I got started maybe when I was 14 or 15, doing little live shows at coffee shops here and there. It eventually turned into, like, bigger venues and people who were excited to come and see me! I moved to Birmingham in 2018 to go to school, and I haven’t actually done a whole lot in Birmingham with music yet. I think I’ve only done one or two shows here?

So, there’s 11-year-old Meredith and now 22-year-old Meredith — who are some artists that influenced you to do what you’re doing now?
When I was 11-year-old Meredith, I literally started playing guitar because of Taylor Swift. (laughs) I thought she was the coolest thing ever, and she’s still super cool. Now it’s more of a nostalgic kind of thing. I don’t really go to her for inspiration as much anymore, but she just was good for that time period and for my growth as a girl playing music.

Man, when the new Red album came out I was shocked at how much I loved it.
It was great! I love it too — it’s still so good now. I mean, definitely listening to Taylor is, like, still inspiring. But now I really lean towards more RnB and soul kind of singer songwriters, people who really have more of a musical backing, like Allen Stone. I saw him on Monday night in Nashville and he was incredible. I also love PJ Morton a ton — he’s a king.

That’s an interesting pivot because I think you definitely have some soul influence in your voice when I hear you sing, but “Parties” feels like a pure pop song — just a tight hook, tight chorus, get stuck in your head type thing. What’s your typical method of writing a song?
So, it’s funny because “Parties” is actually really different from how I normally do things. And it is kind of like a unique song in all the songs I have. This one really is different for me, but I kind of like that it is different for me because the whole song is about turning things around in your life. With this one, obviously the theme was “disconnect,” and I was thinking about that when I started it. Something that inspires me to write a song is when I have a phrase that gets stuck in my head, or like a feeling that I want to explain in a different way. And I think for this song, the line at the end of that pre-chorus — “even if the disconnection feels so comfortable” — I think that was really what kind of stuck on me, especially over the past two years of COVID-time for me. I mean, it was at a point where obviously everybody was shut down. We had to stay home, and it was really hard to connect to people. You needed to stay home and protect your life. But obviously, it got to a point, where we did open up again, much sooner than just recently. Everything has been reopened and you think, like, we would have the opportunity to kind of be the same way we were and reconnect with people, but I think for myself and even other people, maybe, but definitely for myself, I kind of got stuck in being at home — you know what I mean? I love talking to people, but something definitely shifted inside of me where it was easier to keep to myself. It was easier to feel bad for myself and throw a party all alone, I guess. It’s a negative thing; it’s not something that should happen. 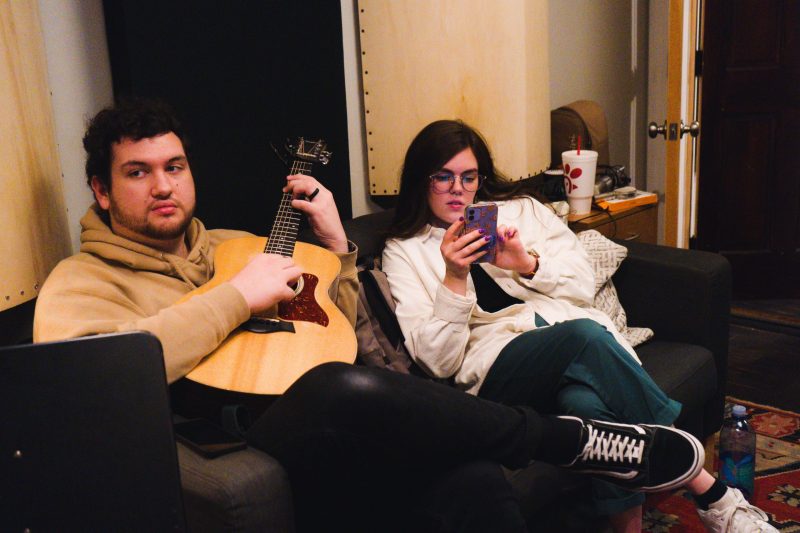 Well, no, I mean, I’ve interviewed a lot of touring artists over the past year as things have opened back up and the comparison between the interviews I was conducting with artists in the beginning of this pandemic versus an interview with an artist previewing a tour is striking. You stay home for so long and you get comfortable in it, and it’s hard to get out. I know that’s something I’m dealing with personally right now as cases are kind of rising again. Did you ever hear the songwriting prompt any other way than that idea of disconnect from the outside world?
Not really – this was the first thing I felt, and I ran with it. I just kind of fleshed this song out from there. I really was feeling like disconnection from the world, but also, like, physical isolation.

I love that, and I think that’s a really unique way to approach the idea of disconnection. I know as a songwriter myself, the idea of prompted songwriting is something that’s always challenged me personally because I find it a little bit odd. Is this a different kind of approach for you with this song where you’re prompted to write about this one thing, or do you prefer it to come more spontaneously to you?
Absolutely — most of the time I don’t like being told what to do (laughs). It definitely is different because I get to choose how I interpret it [the prompt], but it’s more challenging to have a direction already given to you. But I’m okay with the challenge. I like challenges, actually. I think it was really helpful for me because I was feeling, like, a little bit uninspired. So, I’m really happy about this song because it was like a little tiny personal breakthrough, — like a little personal win.

You mentioned the pre-chorus earlier, but one line that’s stuck in my head is the “throwing parties for my insecurities” bit. I think it’s brilliant. Did you ever feel any eureka moments while writing this track?
Yeah, definitely. I mean, I also love that line a ton (laughs). It was a different line at first. It was as if I could potentially throw a party for my insecurity. And then after seeing that a couple of times, I’m like, “that’s completely dishonest.” Because I’ve been throwing pity parties for myself, you know what I mean? So, I changed it to that. But another line that really got me was the very last line of the chorus — “I’m going to break comfortable grief.” Comfortable grief is not a combination of two things you think go together. It’s, like, painful but comfortable at the same time. It’s going back to the thing with the disconnection feeling so comfortable. It’s not good for you, but you’re doing it anyway. 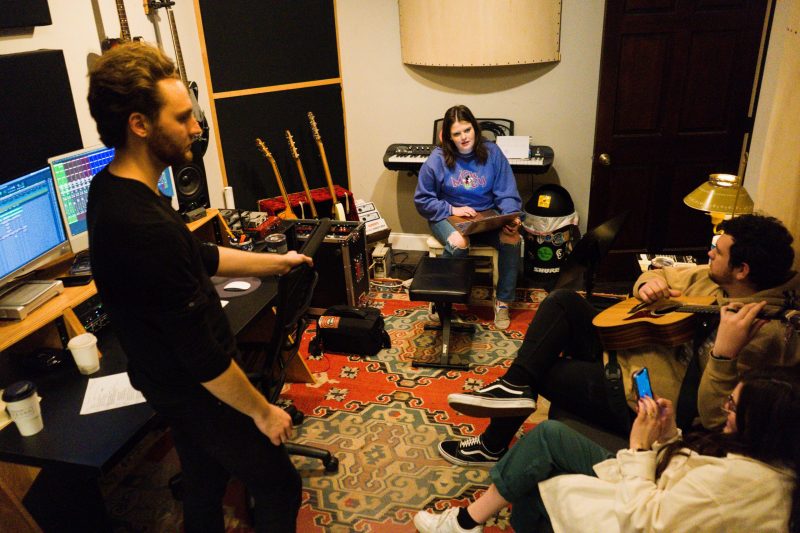 I personally can feel sometimes as I’m writing that you’re never really done writing a song. What is your stopping point? Like, how do you know when something is complete? Is it just a feeling? Is it just comfort in what you’ve done?
Well, lyrically, when we’re writing a song, it’s a feeling. Like, if I felt like my message is clearly coming across, then I feel comfortable stopping with the lyrics. As far as the production goes, I’ve actually literally never had any of my songs, like, made up in the studio. You know what I mean? I’ve played live, sure, but this is a really new experience for me. I’ve never played them with more than a three-piece band. Hearing drums on a song of mine is a completely new feeling for me. (laughs)