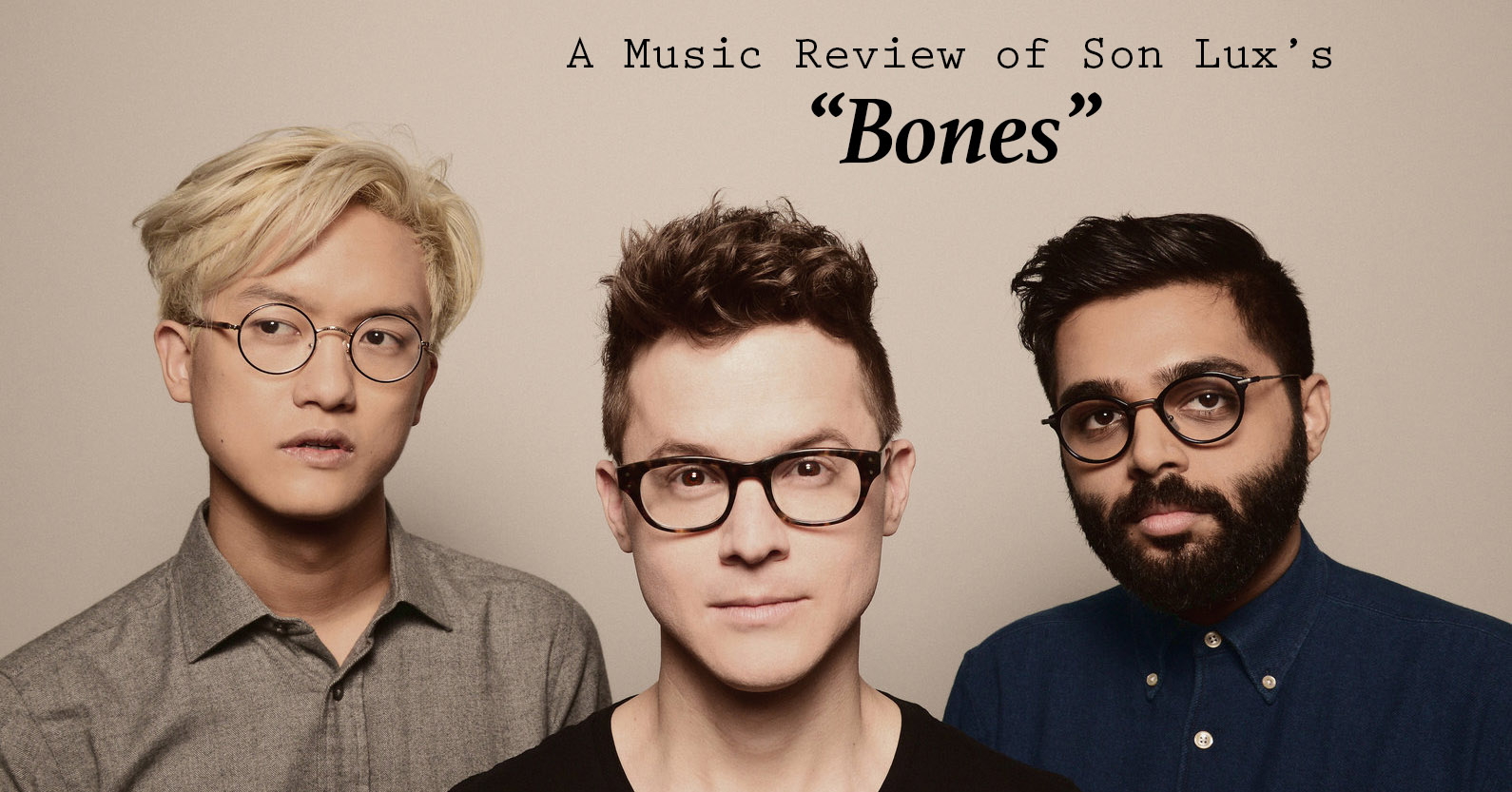 Son Lux’s album, Bones, is beautiful. If there was only one word I could use to describe it, it is “beautiful.” I am, however, allowed to use as many words as I want, so I’ll say a few more things about it. It is: beautiful, cathartic, emotional, ambient, funky, groovy, ridiculous and theatrical. I have to admit it can also be a little bit boring, devoid of real content and depth. But we’ll get to that.

Son Lux is the stage name of Ryan Lott, an American musician born in Denver and currently living in Brooklyn. He first got a lot of attention and acclaim from the single “Easy,” from the album Lanterns (by the way, I definitely recommend listening to “Easy”. It is a song that will make you do some weird funky dancing. At least it makes me do some weird funky dancing…so there’s that). Ryan Lott is a virtuoso in many aspects of music. He is a classically trained pianist, and it seems like he spent 10 years 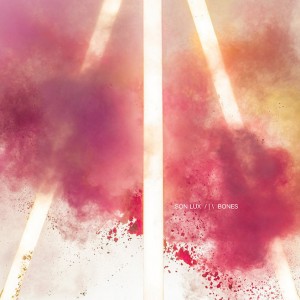 locked in a room by himself playing with Ableton (a software program used by many musicians, especially electronic and hip-hop musicians). His control over the sounds, the melodies, the harmonies, as well as the small sounds, samples and effects is masterful. Everything has a place – everything fits together perfectly like a puzzle. Definitely a perfectionist, Lott understands that the slightest one second sample can add something incredibly breathtaking to the music. It makes repeated listens of his music very enjoyable. So when you can pair a bare bones song that is already great, both melodically and lyrically, with his signature well-produced electronic layers, it becomes a true musical statement. The modern, even futuristic, aspect of the music gives the impression of a relationship from the year 2080 that is breaking apart into a heartbreaking, but uplifting, climax. You feel like you are in the middle of the universe, just floating, while futuristic spaceships zoom past you. So what he’s doing is taking a series of songs that are very human and recounting moments, like a decision that changes someone’s whole life, and telling someone to breath, or simply just fall in love, then pushes these themes into the the soundscape of people a 100 years into the future. All the while, the songs feel deeply rooted in the now. Sometimes the sounds he uses can hit the deepest part of your soul; it can just make you weep, heavily identify with what he’s saying and dance to the incredibly groovy beats at the same time (that’s a really odd picture).

The song I will mention here is “Change is Everything.” I’m mentioning this partly because it is the single, but also because it is very representative of the whole album. It seems like he must have spent two months on just this song, working everyday. Everything is so perfectly placed. Lott sings in his unique theatrical falsetto, crooning about how this moment is the most important moment ever. He might be talking about a single moment that someone he loved went through, some kind of big decision. Or he could be talking about the fact that this moment, every moment changes everything. A philosophical statement about the fact that you are constantly in the moment, and at every moment change is happening. You are changing. Hence the word play in the title of the song. The lyrics in the song are “This moment changes everything.” The difference between them implying the true meaning of the song.

This, and other songs, end up being incredibly enjoyable but the soundscape sometimes dominates the emotional content of the songs. He is a true master of modern music, utilizing every tool he possibly can, and making new, beautiful sounds that you’ll want to listen to over and over again. It is like beautiful movie music, but without a movie it can feel very empty. Everything is so life affirming, so majestic, so beautiful, like the sun hitting a lake that no one has jumped in for thousands of years. But at some points, I really just wanted him to start bashing things. I wanted him to break down, and tell us really what’s going on in his head. I wanted him to destroy the lake, to let go of all those pretty perfectionist emotions. And once he’s drained all the water out of the lake, I want to hear him patch it up with his signature style. Once he’s broken down and told us the truth, then try to fix it with all of the things he knows he can do.

I kinda want him to just play electric guitar and scream into a mic on his next tour, and then once he’s done doing that, come back with his perfect music so then we can hear how fantastic his flaws are and how the most beautiful music is found generally, when we allow ourselves to experience every emotion on the spectrum.

That being said, you should definitely listen to the album. It is a master class in pop technique, with the perfect use of every element. If you like the lyrical content of music, you will be mildly impressed. If you like ambient music and hip hop music, this will be one of your favorites.

P.S. Even if you don’t like how the music sounds, I highly urge you to watch the music video to “Change is Everything.” Beautiful animation made entirely with pins and strings.

Songs to listen to:
“Change is Everything”
“Your Day Will Come”
“Now I Want”