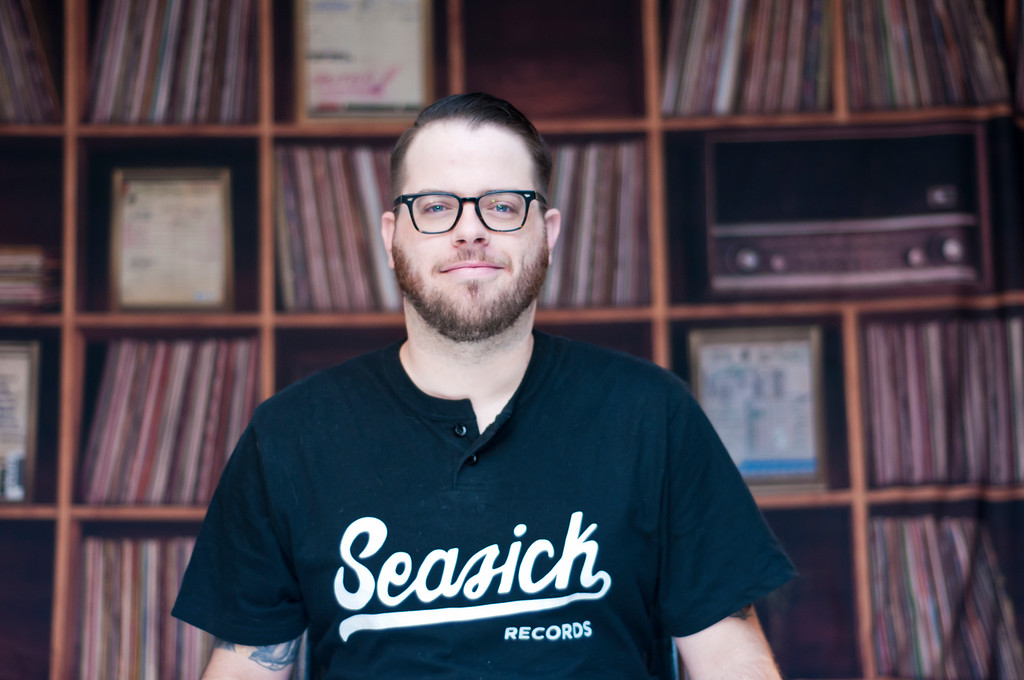 How Much Should I Practice The Piano?

You’re from Memphis but transplanted here. What made you decide to call Birmingham home?

I used to run a small record label called Fat Sandwich Records and released a couple records for Birmingham bands. One weekend I was in town while one of the bands (The Fourth Estate) shot a video and ended up at Bottletree for a show. I actually met my future wife at that show and moved here the next year. My mom’s side of the family is all from Alabama and Birmingham was a familiar town to me, but it really was all my beautiful wife’s doing. 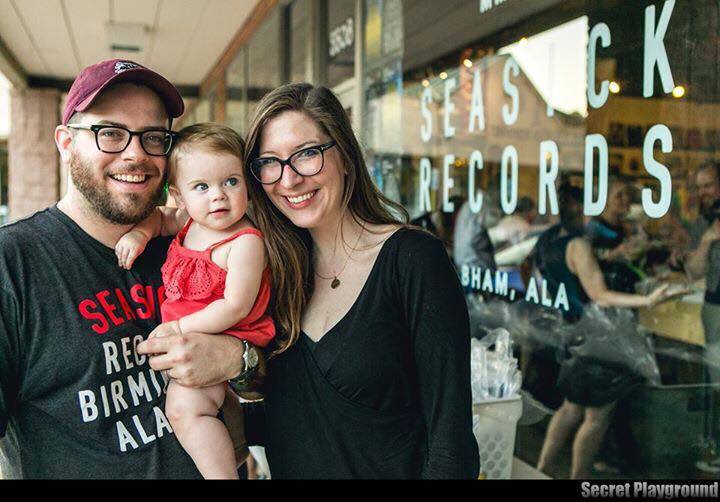 How long have you been obsessed with/collecting vinyl?

I’ve been collecting music for as long as I can remember whether it be on cassette, cd, or vinyl. The vinyl bug didn’t really hit me hard until around my freshman year of college (2003). It was all downhill from there.

What are some of your favorite records to listen to?

This is a very hard question to answer. There are so many great records I’ve been listening to lately. The one I keep coming back to is the self-titled debut from a soul band called Durand Jones & The Indications. The band played at Seasick and it has been in heavy rotation ever since.

I have also been on a reggae/dub kick lately. Currently listening to King Tubby’s “Meets Rockers Uptown” while I type this.

What makes vinyl different/special listening experience? What do you hear on the vinyl that you don’t hear on iTunes?

The act of putting the record on the turntable and setting the needle down is really unlike any other listening experience. You hear little nuances and imperfections in every record. It’s not perfect, but that adds character, something a digital file will never replicate. A big part of it for me is sitting down and studying the artwork and liner notes while listening. I want to know where the music was recorded, who recorded it, who played on the record, etc. You can’t do that while listening to an mp3.

Is there such a thing as an optimal listening environment? A certain set of headphones or other tech that you prefer to use?

I’m sure this is different for every music lover. Most of my music listening happens while I’m working, cooking, or otherwise occupied. It’s not optimal, but I’ll take what I can get. Sitting down with a good pair of headphones and really listening to records is not something I get to do too often. If life wasn’t so hectic I would definitely do that more often.

Seasick Records’ storefront is in Shoppes of Crestwood but you actually starting selling records in Avondale, right? Tell me about the transition from Avondale to Crestwood. Why did you want to own a record shop and what led you to Crestwood?

Yes, we started out in Avondale less than half a mile from our current location. I wanted to open a record store in Memphis for a while, but it just didn’t make sense. Memphis has great record stores and there wasn’t room for another. When I moved to Birmingham, I quickly realized that the existing stores didn’t really carry much of what I wanted to buy. I wanted to be able to flip through record bins and find new releases from artists that I loved instead of ordering them on the internet. Circumstances all came together at the right time and Seasick was born. 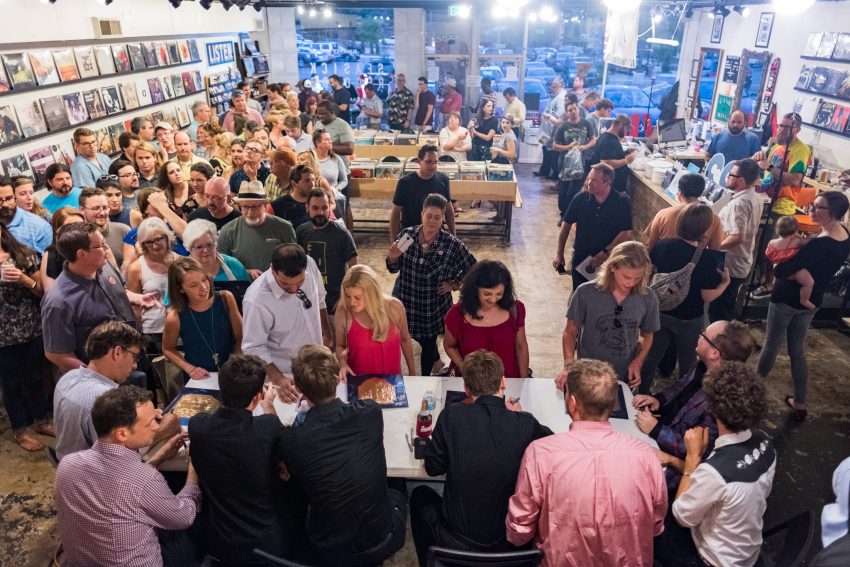 I decided to make the move to Crestwood in June 2015 after quickly outgrowing our first location. Crestwood is a great neighborhood with a lot of friendly, supportive people and the space happened to be what we needed. I live in Avondale and would have loved to have my shop there, but there was nothing available at the time.

Where do you get your vinyl for the store?

When it comes to new vinyl I buy from every label and distributor out there. I spend a lot of time trying to make sure we are buying from the most direct source to save money on our end so we can keep prices down.

We find used vinyl in a lot of different places. We track down record collections that people are selling and most of the time people just come to us looking to sell. I love digging through record collections. You never know what you’re going to find.

Seasick isn’t your typical record store, there’s a barber shop inside as well as a stage for live performances. In fact, Seasick has quite a lot of cool folks perform there (people like St. Paul & the Broken Bones). Do you have a favorite concert?

Some of my favorites include Pujol, T. Hardy Morris, Kit Convict & Thee Terrible Two (from Australia!), and St. Paul & The Broken Bones. Like I mentioned before the performance by Durand Jones & The Indications was absolutely killer. 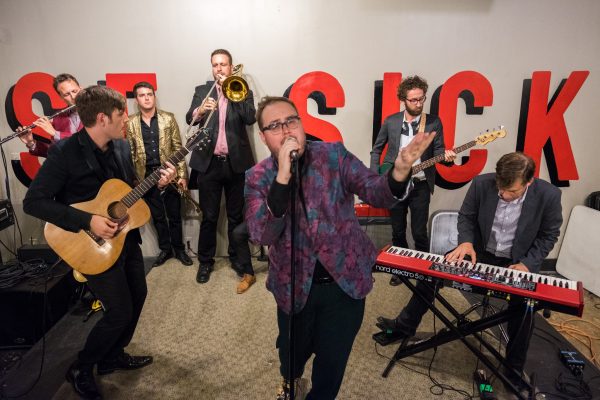 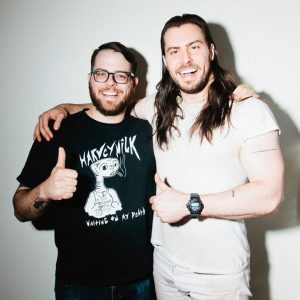 You guys host fun events in the store year-round (like a Stranger Things themed party for Halloween). How can people keep up with what you have going on?

I’m not sure if you knew that Mason Music bought about 260 records from Seasick to display in our Greystone Studio. Curious what you think of the final product (are you sad we did this to the vinyl?): 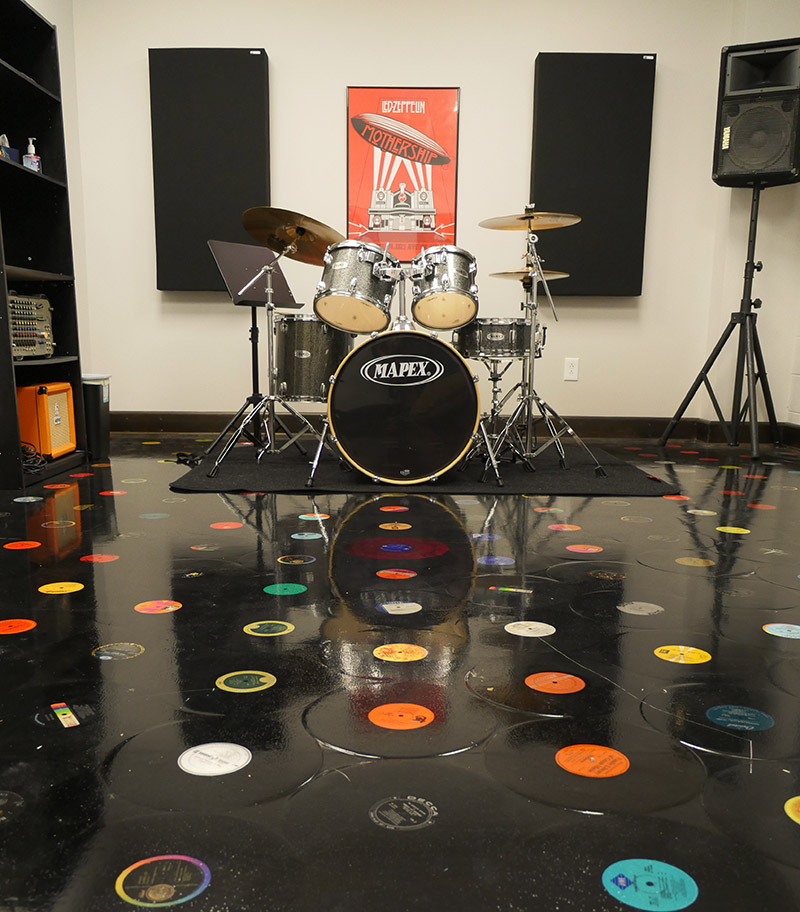 I did know about this and I think it looks awesome! It does make me a little sad to see records like this, but most of those were probably not worth listening to anyway.

Pedal People How Much Should I Practice The Piano?
share this: